An historical analysis of the "King's" mayors in ninete enth-c entury Italy ought to be preceded by some preliminary me thodological and historiographical considera tions. The topic cannot, first of all, be isolated from its broader institutional and administra tive context and from the general trends of the political and socio-e conomic sy stem. Moreover, it ought to be noted tha t there are very fe w specific studies on this figure and tha t there are no systema tic and complete analyses, al though there has been a c ertain revival in academic interest in recent ye ars. This lack of rese arch is also due to the particular, hybrid legal nature of the mayor (being both head of municipal administra tion and the representa tive of the government), and to the speci fic nature of the disciplinary norms that sa feguard it, and to the prevalently individualistic na ture of the role. The main question where the mayor is concerned, and one to be examined from a judicial and historical point of view, is wi thout doubt the process of appointment, whether he is to be nominated by authority or elec ted by the public. From pre-unifica tion legisla tion until Crispi's re forms of 1888-89, the former was the preferred option, but proposals were also put forward so as to reduce the discre tionary power of the sta te au thorities in choosing a councillor who could be entrusted with running the city. A minority representa tive could still be chosen, even though the council majority still had the means with which to resist such a move. Other important issues are then examined, such as the "multiple mandates", the taking of the oa th and housing in the city, and the "administra tive guarante e". Where the mayoral office itself is concerned, the dual role of the mayor is noted, being both head of a local authority and a "government officer" and, where the la tter is concerned, particular attention is drawn to the judicial nature of the role and its role in safeguarding public order. Finally, the judicial instruments tha t can be used by central authorities to counter any wrongdoings by the mayors theselves are considered, such as their suspension or demotion. The article concludes by offering suggestions for further study, with a view to producing a much-needed volume on the subjec t in the future. 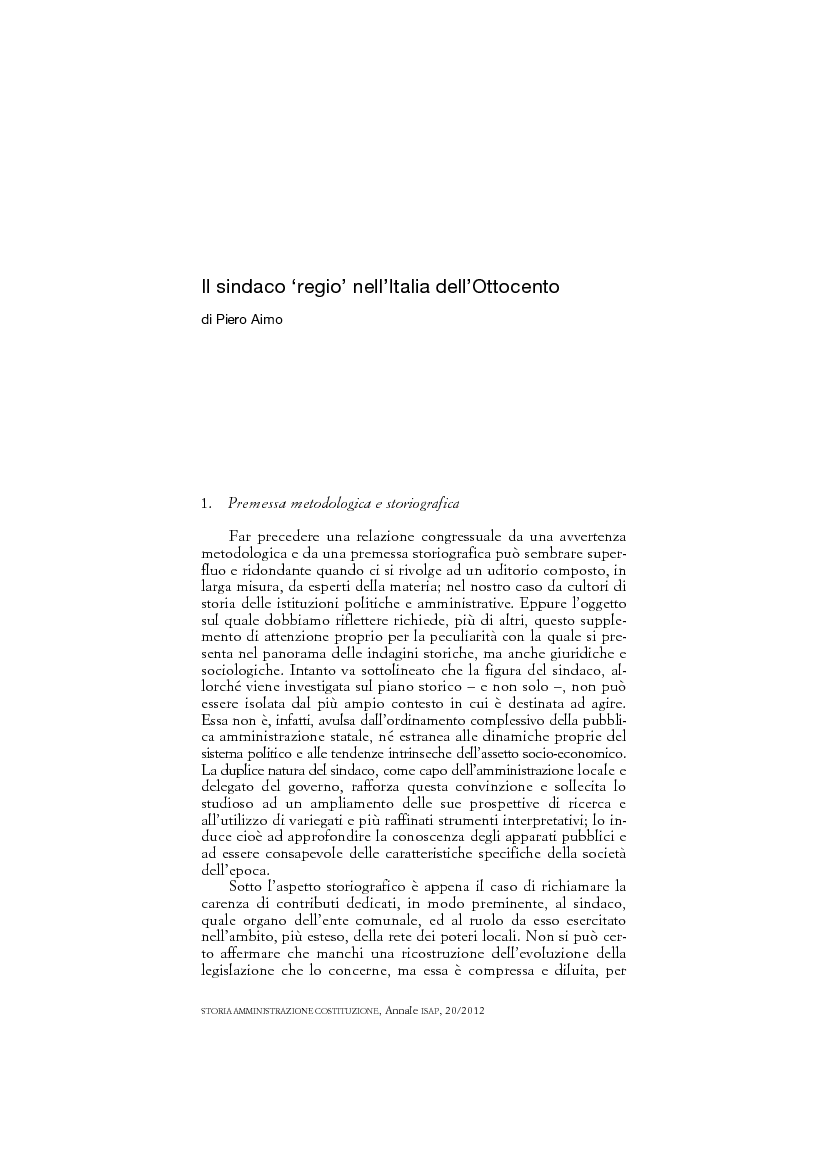