The relationship that existed in antiquity, in both Greece and Rome, between the representation of space and the organisation of territory has been well studied, but it was not the subject of a detailed examination during the Enlightenment, a period that nonetheless marked a significant step in modernity, with significant developments in scientific thought and political and social change. This study focuses particularly on France, where the transition between the territorial monarchy and the nation state was the most developed, and where Newtonian physics was most fully accepted from the 1750s. While links have been well established between the different fields of study, the work of historians of this period remains, however, still very separate, each ensconced in the different fields of science, geography and administration. The idea here, then, is to better bring them together and to question the validity of the two ways of reasoning which are, a priori, opposed: can the division of land alter our representation of space or, alternatively, should another vision of space be considered which could alter the way land management is understood? Should one not acknowledge instead that the two movements are related to, and feed upon, each other? It is well-known that Louis XIV created an academy, inviting scholars to work on a geographical plan developed by the general council. Following its realisation in the 18th century, the progress, and limits of cartography became clear and, after recalling the attempts at monarchical reform, it also served to put into perspective the territorial changes carried out by the constituent, which, whilst appearing new, in fact abided by the limits of a 'pre-existing' provincial body and largely consolidated the old urban network of the Ancien Régime. 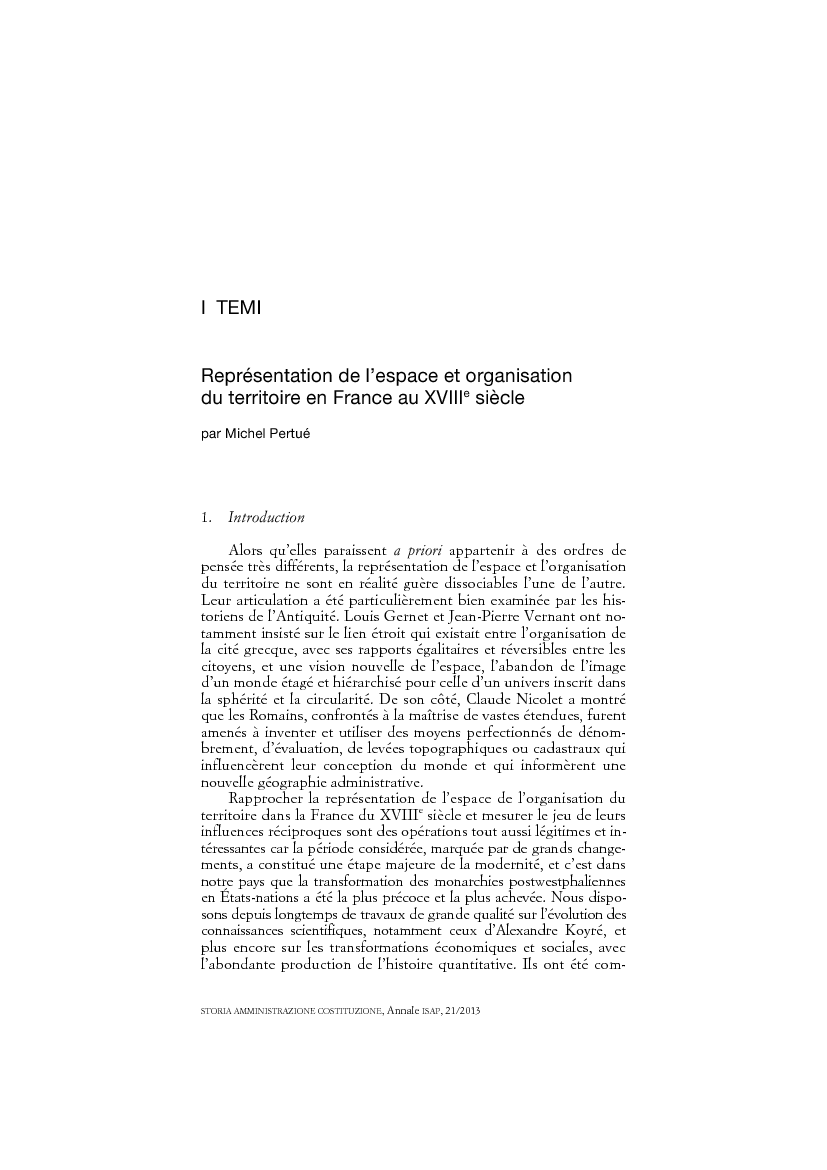