When the settled in Cochinchina, at the beginning of the 1860s, the French have to pacify the country and at the same time organize its administration. They rapidly decide to implement a new system, appealing to French personnel for higher levels, but also choose to preserve village structures because of a massive rally of the notables and for the structural benefits provided by them. Indeed the Vietnamese village is hierarchical: it provides the colonizer with a reassuring form of social control. It then assumes a number of missions generally assigned to the State: taxes, military service, chores. It is finally collectively responsible. The integration of the colonial village leads to the devolution of new tasks whose consequences are not trivial: legal status registrations, real property transfers, execution of judicial decisions. Simultaneously the colonizer mistrusts the notables whose powers diminish. Their loss of influence, far from stimulating local democracy as we could have thought, instead brings the crisis of the village institution to which no satisfactory answer can be given despite several attempts (1904, 1927, 1944). The inability of France to resolve this crisis, which is the sign of a breaking with a largely rural population, is one of the factors that explain its failure in Indochina. 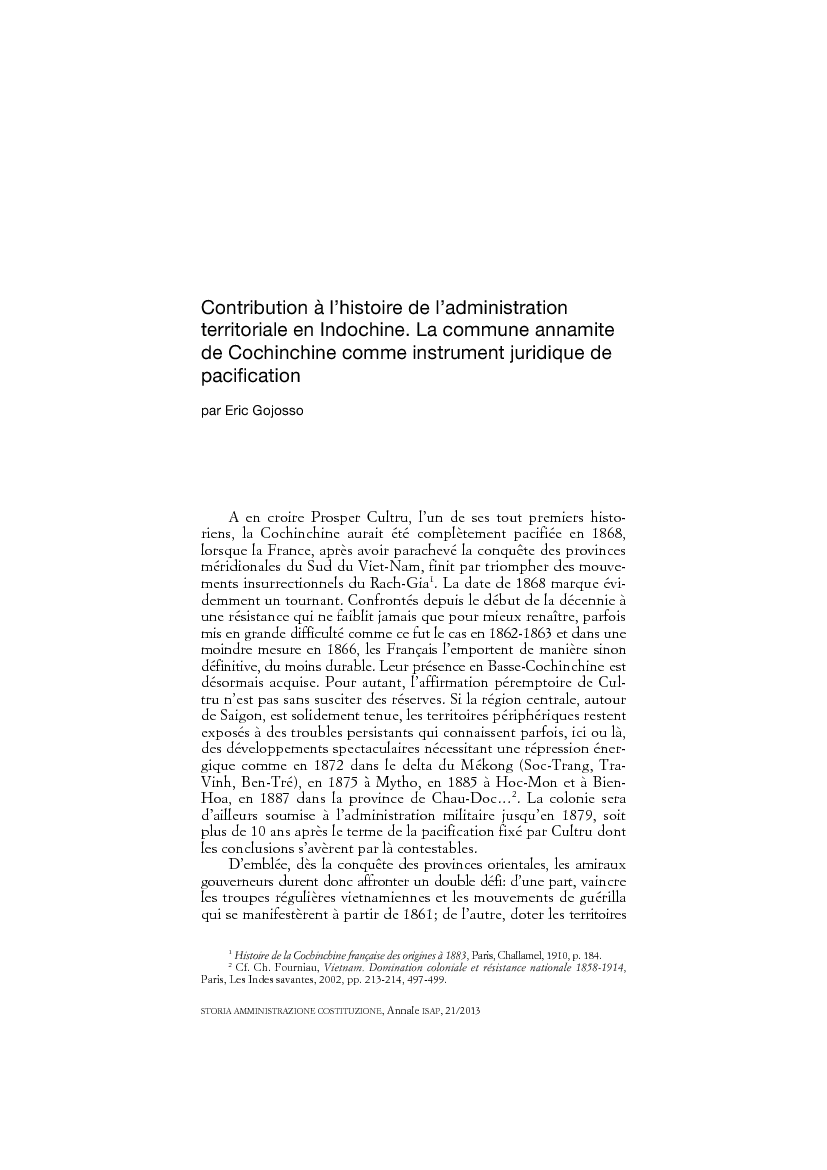