This essay analyses the political events of 1860, culminating in the insertion of the South and Sicily in the new Kingdom of Italy. Through the reading of the correspondence of the protagonists and recent scientific contributions, which have also appeared on the occasion of the celebration of the 150th anniversary of the Unity of Italy, the author reflects on the conflicts between the cavourians and the democrats about the institutional set-up. After the Expedition of the Thousand in Sicily, the Piedmontese government is in trouble because of the opposition of the European powers and the democrats' initiative. Cavour, who follows a pragmatic and undefined policy, has not got a clear plan on how to insert the South into the unitary state (Assemblies or plebiscites). Only after the landing of Garibaldi in Calabria, do the pressures of powers and the internal conditions, now all in favour of the liberation of Naples, persuade the Prime Minister to choose a plebiscite. At the same time the democrats, with the help of men from different backgrounds and especially Cattaneo, called to Naples by Garibaldi, propose the convening of Assemblies to prefigure a federal Italy. To the conflict between the moderates and the democrats historiography has not paid particular attention preferring to draw a veil on the errors of the winners and on the projects of the losers. To understand these events, which take place during the summer and autumn of 1860, the author dwells on some historiographical problems: the relationship between Cavour and the moderate exiles living in Piedmont, Cavour's politics of annexation and the program of the democrats which, though late, culminates in the convening of the Legislative Assemblies to legitimize the new unitary state. 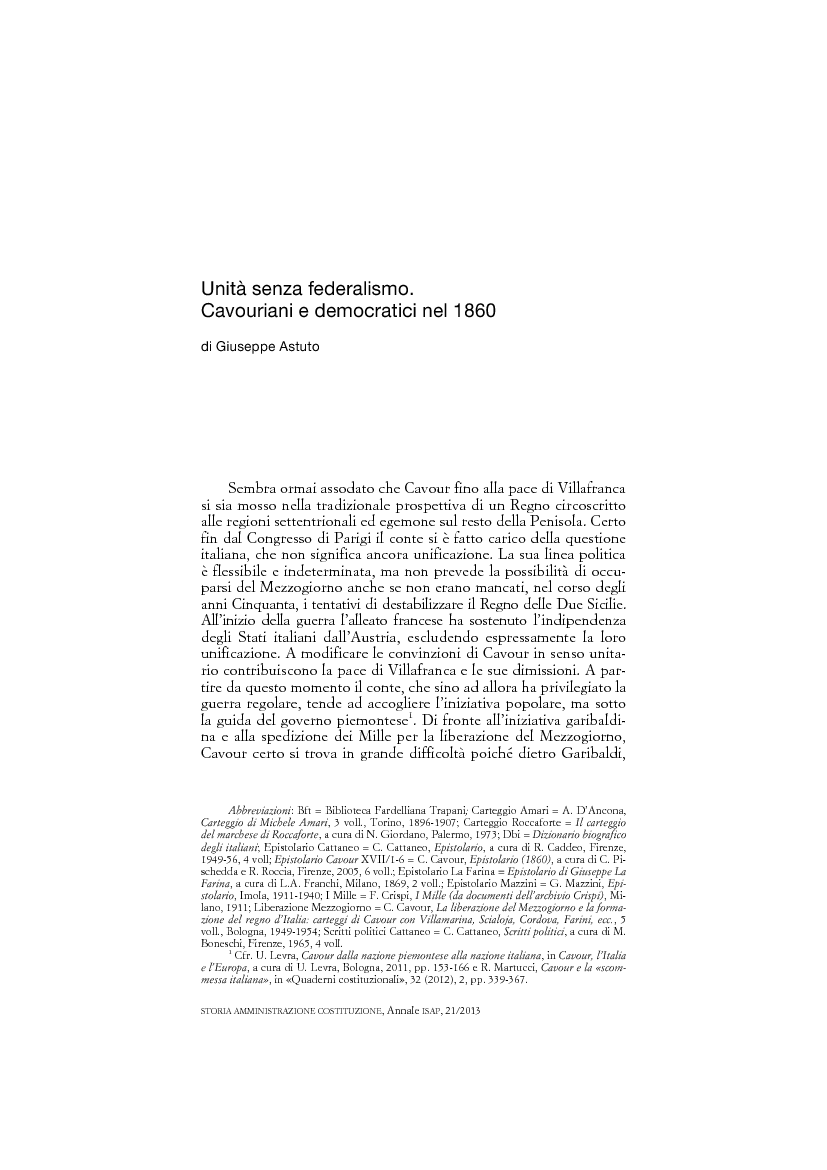