This article distinguishes between three different forms of unification, which are closely related but each have specific characteristics and develop along different timeframes. First came the political and territorial unity of the country, sanctioned by the proclamation of the new Kingdom in 1861. Then there came legislative unification, where civil and penal law was formalised, and finally so-called 'administrative unification'. The main features of the first two are summarised - the continuity of the constitution and the slow process of creating uniformal laws - and the law of 20 March 1865 is then considered, a law that was approved very quickly and noted, above all, for its 'appendices' (A, B, C, D, E, F), which regulated local authorities, public safety, public health, litigation and public works. The basic elements of the administrative model, which was of Napoleonic and Piedmont origin, are analysed; the model was extended to the whole of Italy with the law of 1865. This model is characterised by the presence, at its centre, of homogeneous ministerial structures, by a centralised and hierarchical conception of relationships between the centre and the periphery, by a reduction of levels of government and by a modernisation of civil departments. Without going into the specific detail of the 1865 law, the situation of public administration in Italy is then described, as it appeared in the years immediately after this reform. The article focuses, in particular, on the "ministerial" model (that harks back to Cavour's reform of 1853), on the administration of the provinces (specifically the figure of the prefetto), on local and provincial authority, on the legal system and public employment, at both a state and local level. The article concludes by underlining the continuity of the administrative system (its laws, offices, procedures, ideologies, politicians) and the fundamental role it played in the unification and modernisation of the country. 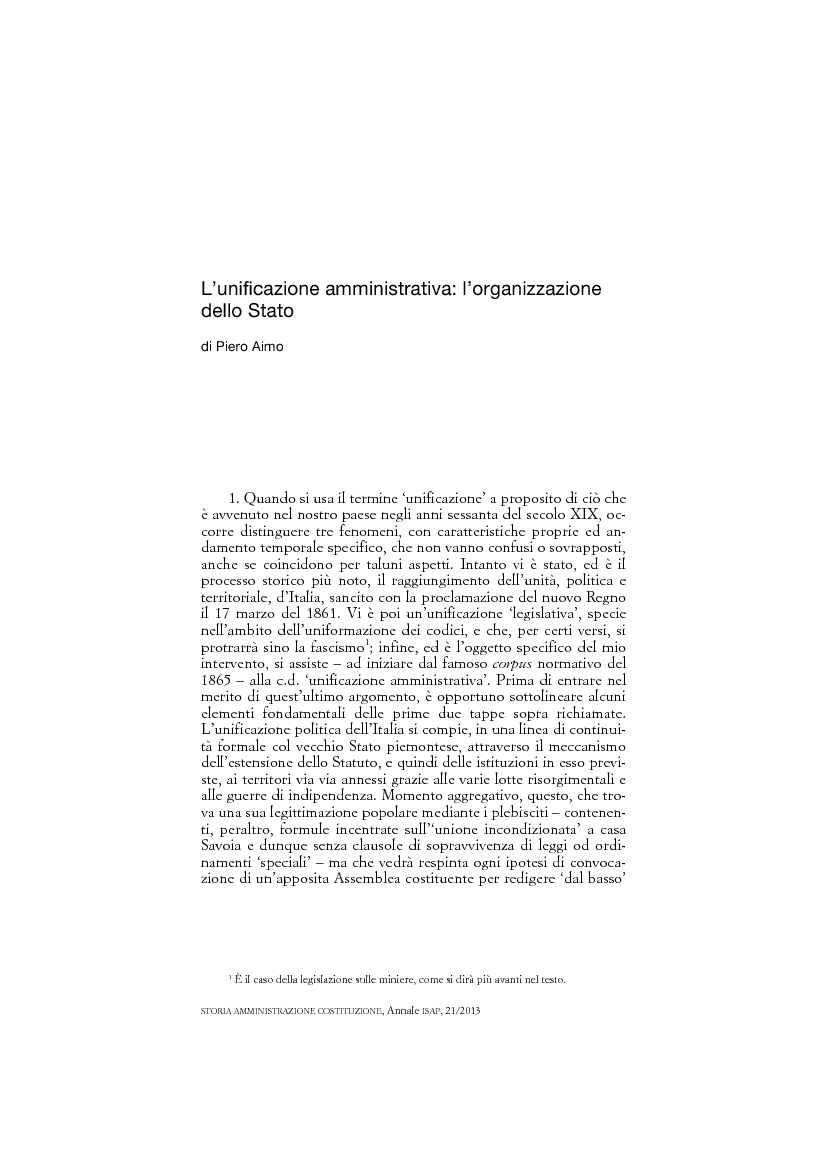