In this essay the researcher, having acquired the results of historiography on the Novgorod veche (popular assemby), analyzes this institution from birth (1016) until death (1478), with particular attention to the organization of powers. From tribal assembly, which had the task of preparing military forces to defend the population from the princes and the state of the Old Rus', the veche became the supreme authority of the Republic. The researcher focuses on the economic and social life of Novgorod and organs of government, which used to put it very close to the cities of medieval Western Europe. The political system is based on the middle class (zhtyi liudi), on the local nobility (boyars) and on free men who proceeded to the election of the most representative positions during the assembly of the veche. The institutional model of the veche, finalized between the fourteenth and fifteenth centuries, became very similar to the public assembly of Venice through the holding of legislative and judicial functions. When the power of the princedom of Moscow grew, in the second half of the fifteenth century, the autonomous and 'democratic' cities were destined to disappear. Then came the introduction of a centralized system, of the nobility of service (pomestnik) and of the enslavement of peasant. 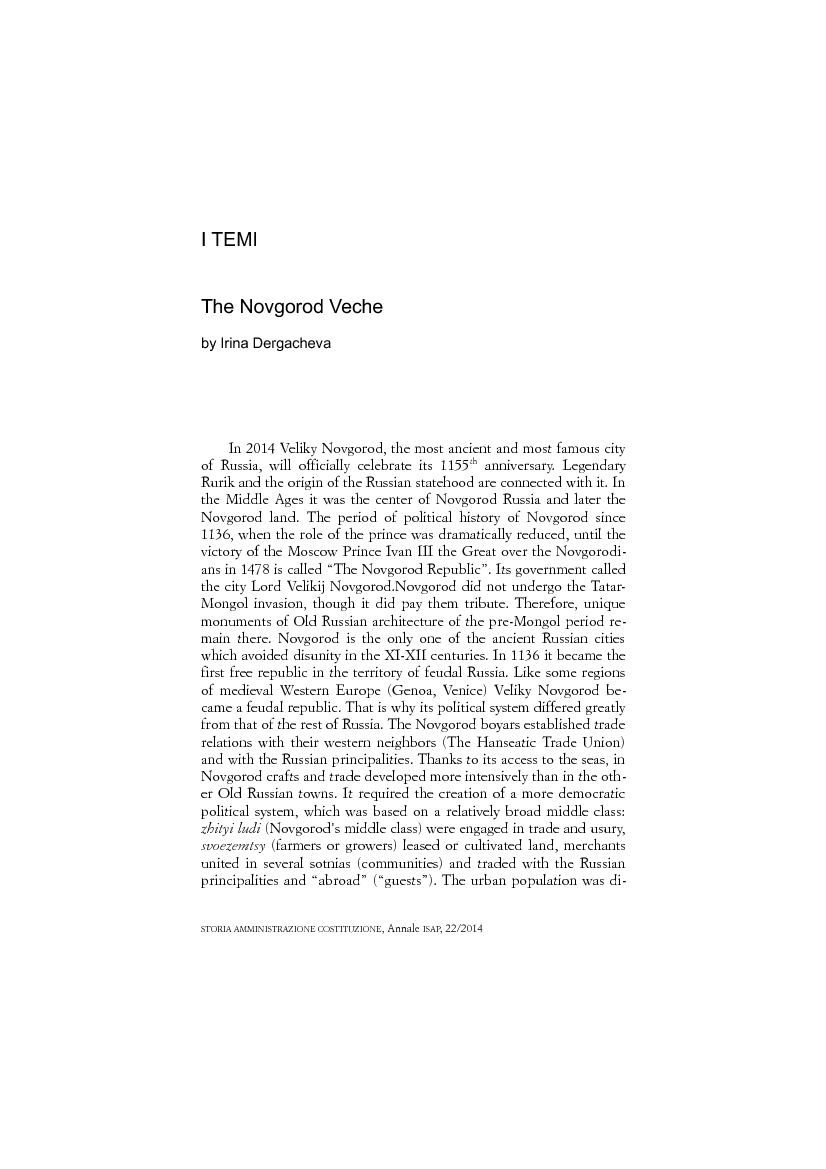