The article analyzes the relationship between Milan - City and Municipality - and the neighboring territory during the years 1750-1861, a period in which state power manifested a strong administrative practice and transformed the local governments. Basing himself on prevailing political, institutional, and fiscal dynamics, the author proposes a periodization of this historical process in four phases. In the first stage, starting with the land register reform of Empress Maria Theresa (1750), the City of Milan was placed on top of the entire Duchy (the ancient province) which fed it. This expansive movement of Milan began slowing down in 1781, with the creation of the autonomous municipality of Corpi Santi. In the second phase, due to the establishment of a uniform structure of local governments by the Republican authorities (1802), the Milanese territory was reduced to the City walls and consequently lost significant tax revenues. The third phase coincided with the government's attempt to give Milan, the great political capital of the Napoleonic Kingdom of Italy, larger sources of revenues, by incorporating with it 35 neighboring municipalities (1808). The fourth phase corresponded to the loss of this vast Napoleonic district (1816) under the Austrian rule of Lombardy- Venetia, and the return of Milan's territory to the City walls and the restoration of the autonomy of the surrounding small towns, including the Corpi Santi which became a big town (50,000 inhabitants) and managed to preserve its territory until 1873. 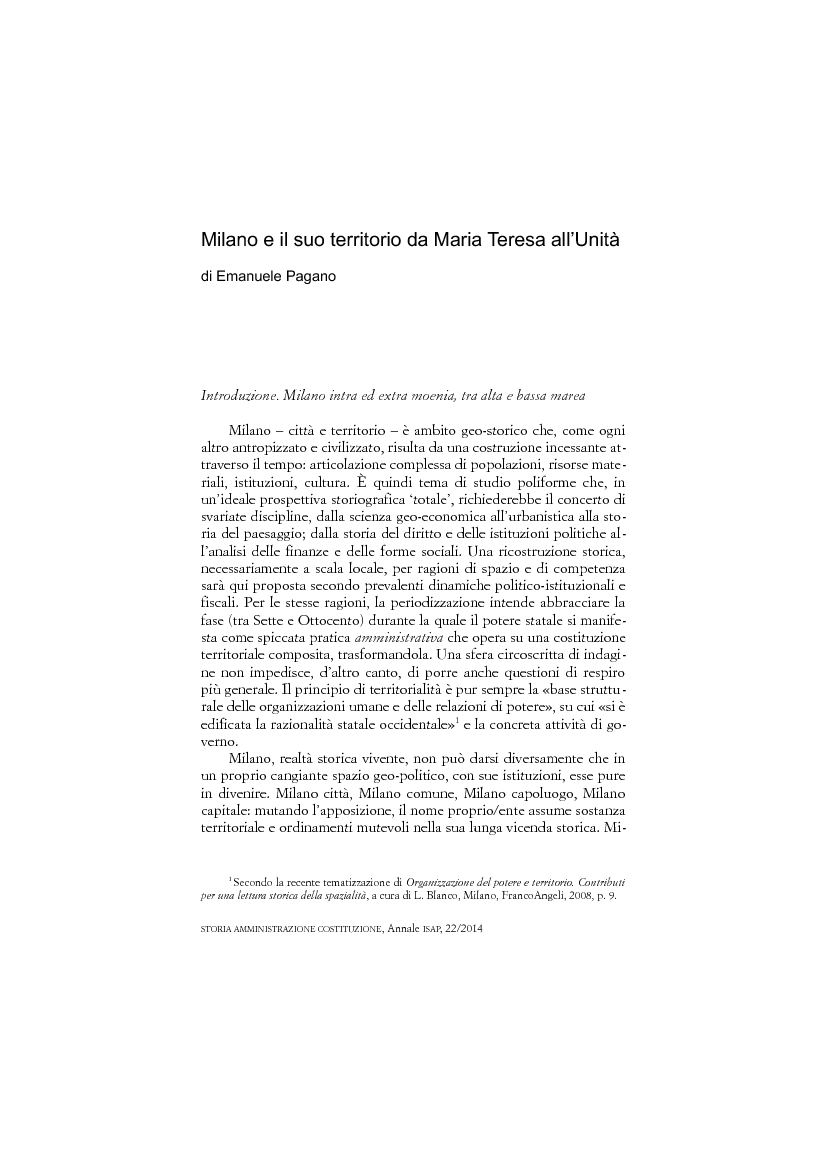