The author, in this essay, studied the public security law of 1875 and the role played by the magistrature during the preparation of the measure. Faced with the difficult conditions of public order, Minghetti's government, the last of the historical Right, decided to adopt exceptional measures in the provinces and municipalities where order was seriously disturbed (the preventive arrest of the suspects and their forced residence based on the opinion of a Council chaired by the prefect). The documentation shows that the Minister of the Interior and the Minister of Justice, knowing that the law would meet with strong opposition in Parliament and in Sicily, where they wanted to apply it, asked the prefects and the magistrates for an opinion. While the prefects were opposed, the chief Crown prosecutors took sides. A strong supporter of the measure was the chief Crown prosecutor of the Court of Appeal of Palermo, Vincenzo Calenda, who wanted to establish a legal way to enforce repression, after disagreements between politics and magistrature on the management of public order. Immediately after the approval of the law, chief Crown prosecutor Calenda, wanting to defend the independence of the magistrature, condemned the continuing illegality committed by the Prefecture of Palermo. The question raised bay Calenda involved the government. The researcher reconstructs the conflicts at the central level between the Minister of the Interior and the Minister of Justice. The Minister of the Interior Cantelli asked the Minister of Justice Vigliani to apply the new law, but he who was opposed to the presence of members of the parliamentary inquiry in Sicily that had been passed by Parliament together with the public security law. 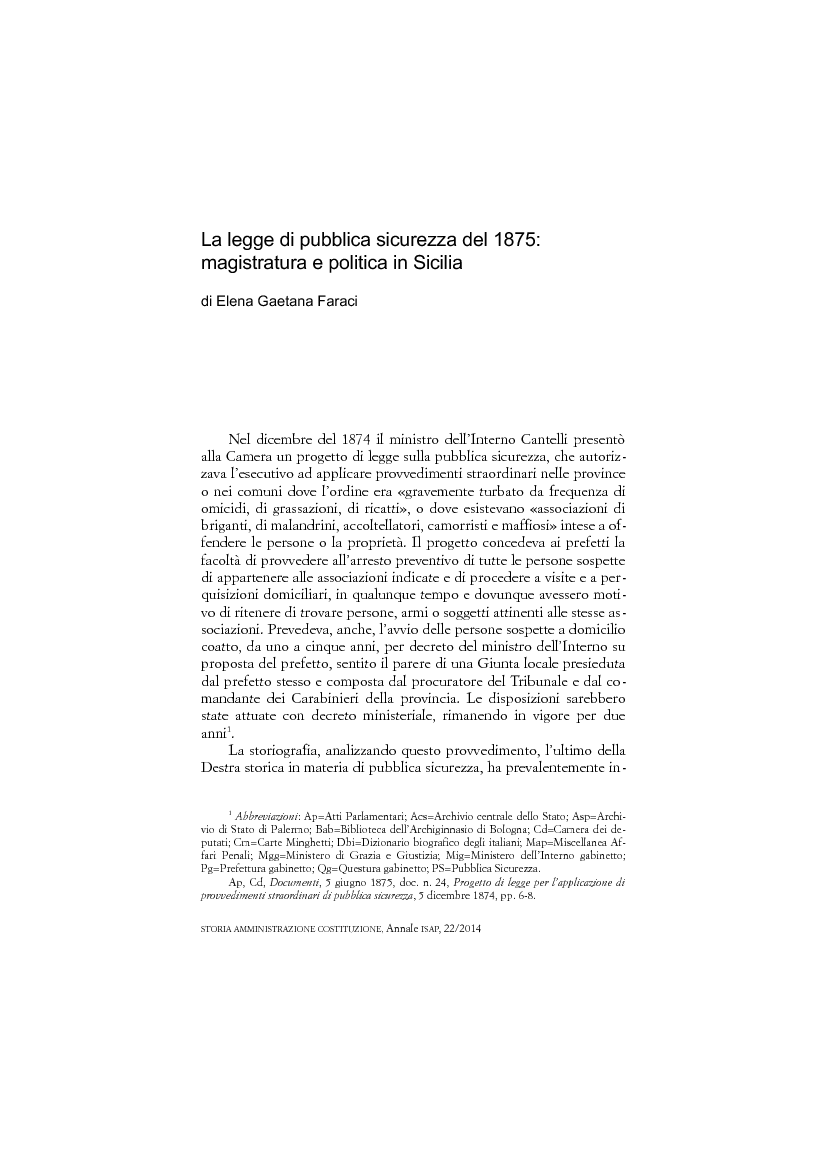