The regional episcopal conferences, established in 1889, not without paradox, represent the first example of regionalisation in the united Italy. It takes place during the period of administrative reforms passed by Francesco Crispi, which nevertheless, never get to change the provincial organization and form provincial superior districts. Compared to the statistical compartments, which will then be used in 1946 for the definition of the Italian regions, the ecclesiastical territorial organization presents some significant differences and a certain simplification. The establishment of the regions, however, even for the persistent conflict of the state and church does not involve some measure of rationalisation of the dioceses borders and ecclesiastical provinces, despite some projects relating to the state rather than the church. The agreement of 1929 introduces the principle of synchronisation between the organization of the ecclesiastical districts and that of civil administration. The complex and contradictory implementation of this trend features all of the decades since, through two passages, the establishment of the regions with ordinary statute in 1970 and the revision of the "concordatory agreements" of 1984, and is once again intertwined with the endless debate on the rationalisation of Italian administrative district. 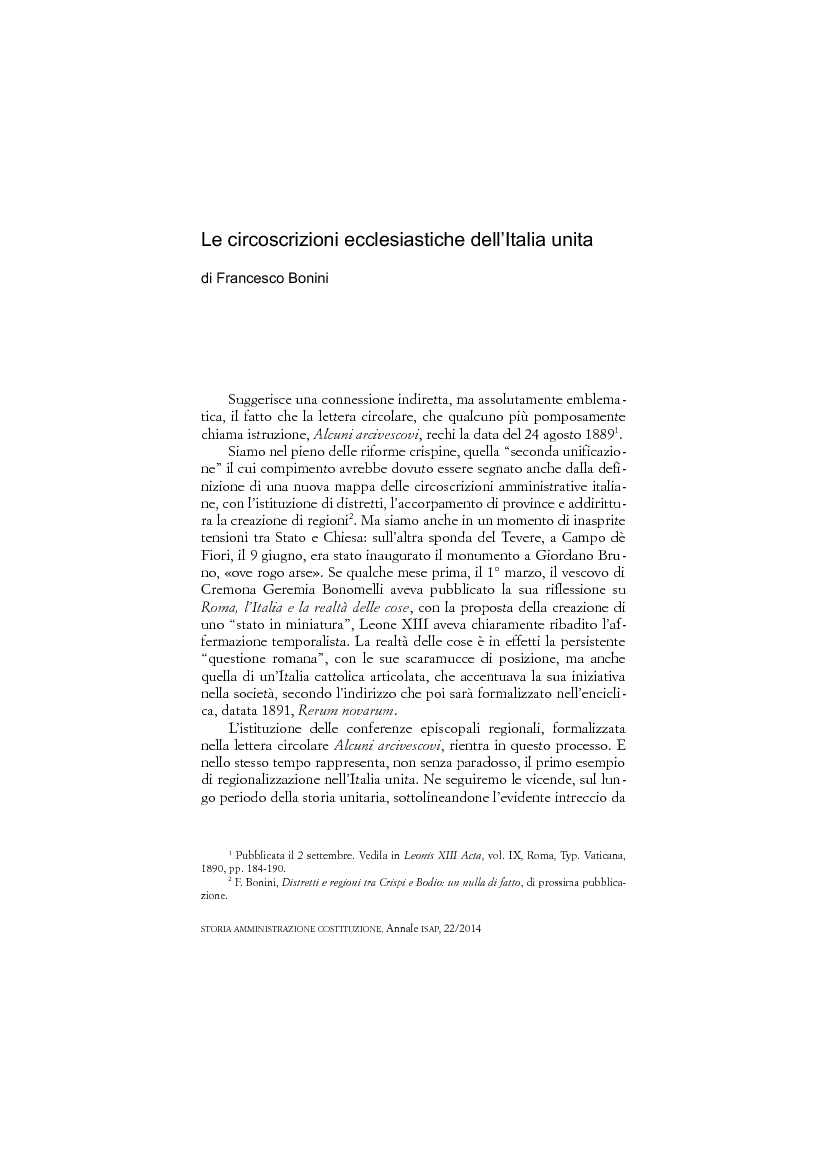