Through the case study of Varese - commune of the Kingdom of Italy -, the essay tackles the issue of public expenditure and budget policy during the liberal age, as well as the tax and expenditure autonomy of the local ruling classes between 1861 and 1898, and their choices in terms of modernization. The first mayor of Varese saw the city's integration of the new state order as a favourable opportunity to launch a series of public works to renew the city, thus further deepening the public debt spiral. The subsequent administration post-unification, between 1867 and 1878, undertook a series of initiatives in the field of the public services, elementary schools, municipal offices, and produced extraordinary works for the construction of the "civilized city", motivated by the interests of safety and hygiene, but also by the canons of decorum of the new bourgeois culture. In the eighties extraordinary expenses were still approved, but even "of luxury", as they came to be called, for the city's tourism promotion, and finally voluntarily intended for secondary school and professional training. Even after the elections of 1889 the old Varese ruling class could still substantially retain the traditional leadership. But, urged by the Crispi Law of 1888 and by the new democratic forces present in council, expanded initiatives in areas of common interest. A partial redevelopment of public expenditure in healthcare was accompanied by the idea of turning the old system, based largely on debt, to one focused more on the tax burden with the consequent decrease in net assets for the payment of interest, which had been steadily increasing through all of the liberal age. Debt decreased but the mobilization of resources which modernization required occurred still largely at the expense of merchants and the people, and to a lesser extent of the land surtax. The assets of entry tax increased, from the local taxes to the duty taxes, confirming the trend, increasingly consolidated by the Varese ruling class, of striking the popular class and consumption, detrimental also to traders and entrepreneurs, especially those of the silk industry, already severely penalized by the tax on exercises and resale. 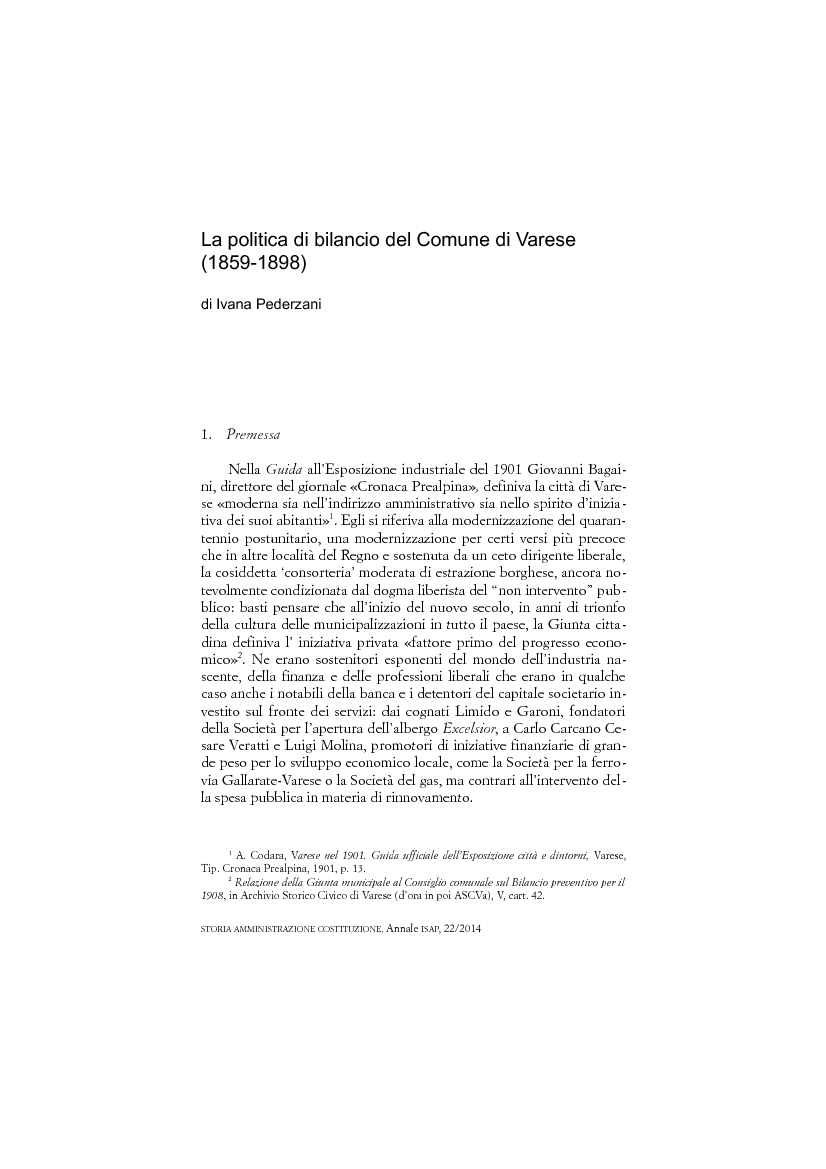