With the approval of the law of administrative unification of 1865, and in particular of Annex A ("Allegato A"), containing the new municipal and provincial law, the issue of the administration of the unitary state finds its definitive arrangement and therefore the alternatives "regionalist" or even "federalist", that also had been proposed in the initial stage of the Risorgimento movement, are defeated. The law of 1865, not much different in this regard from Rattazzi's reform of 1859, reinforce the centralized model, derived from the Napoleonic and Piedmont's system, and recognize a prominent role to the Prefect, a representative of the state administration in each province. The functions of local authorities include, above all, a normative power (regulations), administrative tasks, but particularly "compulsory" and "optional" expenditures; the latter are subjected to severe limitations, even though they are the authentic expression of local autonomy. On all these activities the state authorities exert a pervasive control of both legitimacy and merit (i.e. on the choice of the act), while there are also substitutive checks (in case of default of tasks) and organs control (such as the dissolutions of local councils). The reforms undertaken in 1888-89 by Crispi change this system, but don't upset it. In particular, they change the mechanism of checks with the establishment of the GPA ("Giunta Provinciale Amministrativa": provincial administrative board), a government body, but partially elective and presided by the Prefect, that replaces the control of the Provincial Deputation over the acts of local authorities. Under these conditions one cannot speak of a real and genuine "autonomy" of municipalities and provinces, despite the contrary assertions of "revisionists" historians who prefer to use the concept of "weak centralism". Several analyses, based on documentary and archival sources, about functions actually performed by the local authorities, from 1865 to the advent of fascism, although not without limits, show how they increased in quantity and decreased in quality. The greater effort was focused on public works, healthcare, social services, and education. Important, although limited, was the ability of these institutions to achieve innovative functions of considerable social and economic impact, creating a true "municipal law". However, a strict and sometimes factious control was exercised on the activities of the local authorities, especially by the prefects, there was no lack of politically motivated dissolutions of local councils, and there were many interferences of government authorities in parliamentary and local elections. 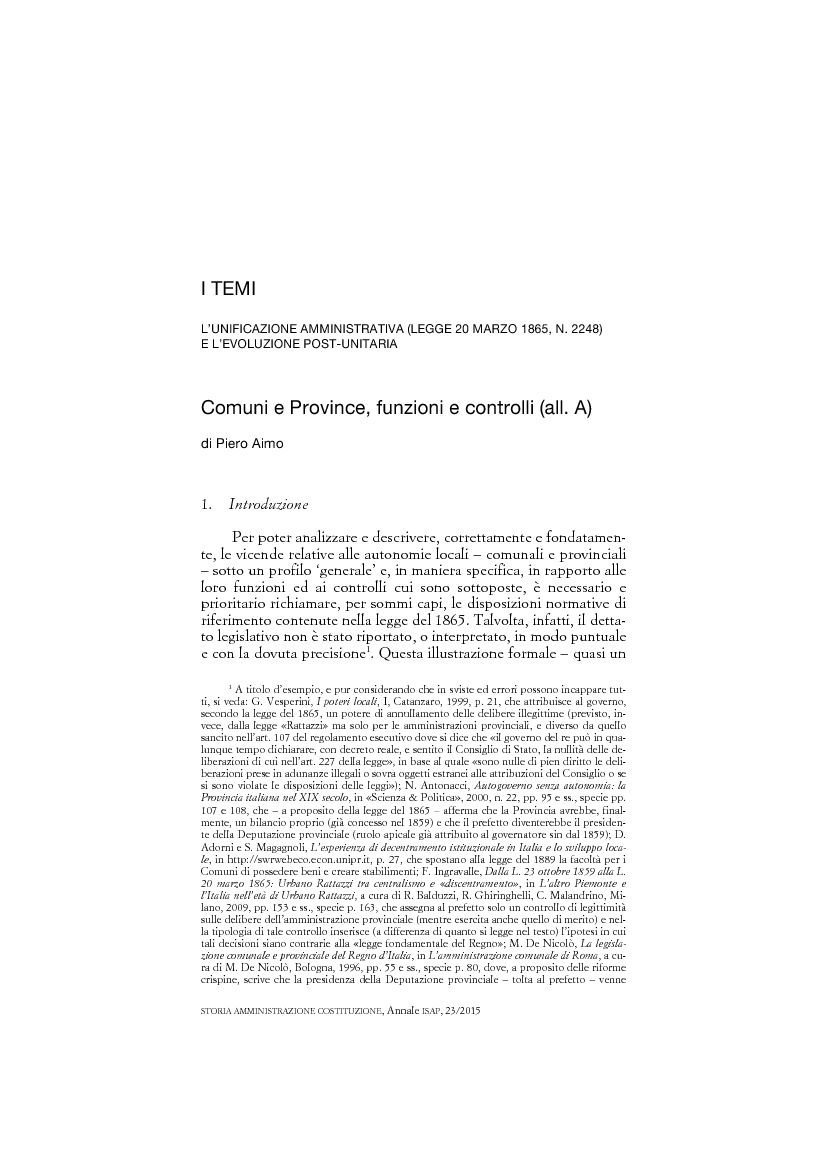