The law of administrative unification gives the government a broad mandate - albeit just for 1865 - for the reform of districts pertaining to provinces and "circondari", "in order to simplify public administration and reduce costs." Even in the municipal and provincial law (Annex A) is included a mandate, lasting five years, for the rationalization of municipal frame. The debates that accompany these measures and the results of practical implementation are reconstructed, crossing the sources with the institutional history and the historical and geographical research. In any case, it never comes to a restructuring of the frame of districts, which in fact are recognized as being "natural", (i.e. historically sedimented) and at the same time, and for this reason, "irrational". At the time of the unification there were in fact considerable differences in size between the towns of various states. There aren't, however, the political conditions for a general operation of the reorganization. The general mandate is not applied. Instead, within five years, around 400 municipalities are deleted. However, soon the government agrees on the need to use great caution with these powers, subsequently renewed until 1885. Since the beginning of the century new local authorities multiply instead, as a result of economic and social development. The rationalization process "from above" is taken up by the fascist government, firstly using the mandate for the reform of the administration (1923-24), then with two special laws, in early 1927. With the first one, new provinces are set with the abolition of districts. It is, however, also abolished a province, that of Caserta, the only example in Italian history. With the second one by virtue of a two-year mandate it is arranged for the elimination of about 2,100 municipalities, especially in Lombardy and Piedmont. As early as 1929, however, the local authorities' reactions become manifest, with more than a few separations and new institutions. The regime reverts to prudence, which can be summarily stated as the feature of a complex movement, for which the number of municipalities in the current borders of Italy remains stable, around 1850 in 8101 to 9340 at the end of the twentieth century. 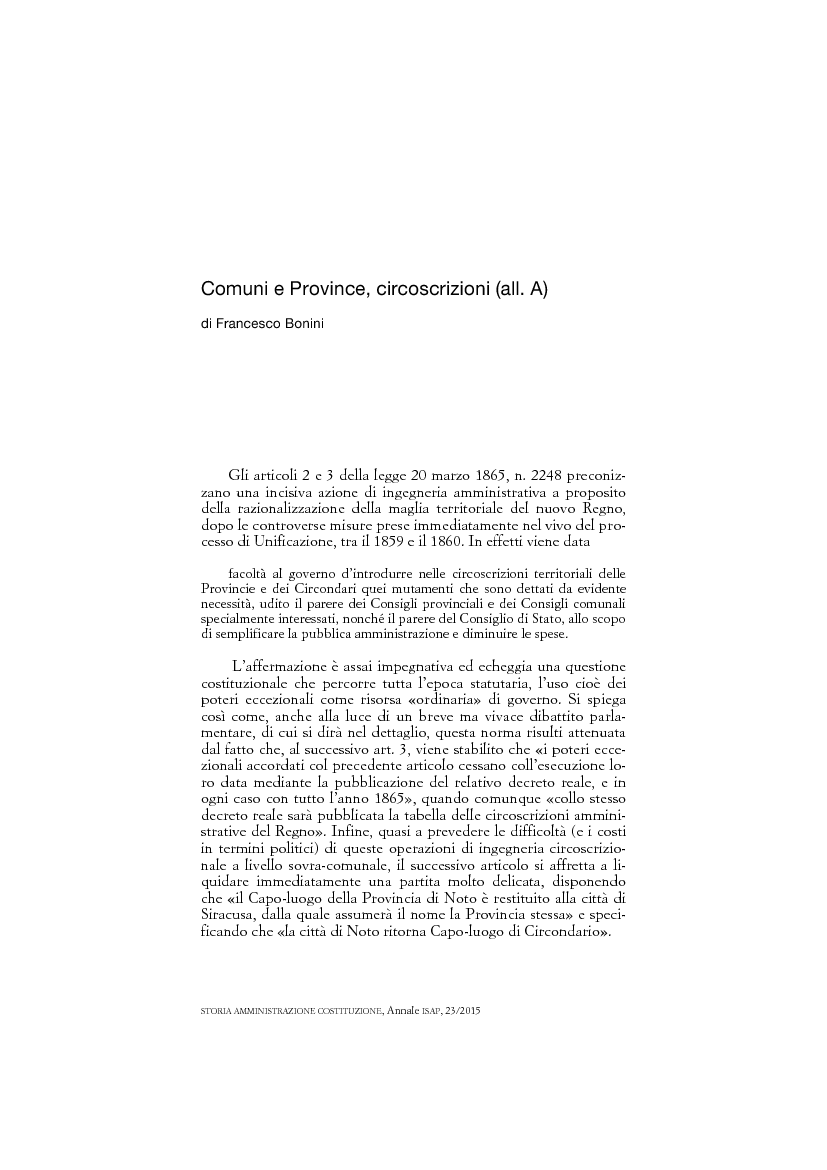