The essay analyses the politics of Public Works in Italy since 1865 until the Second World War. Legislation on public works is extremely heterogeneous, because it affects several areas from communication networks (roads, railways, ports), to water resources useful for power generation and irrigation, from urban policy until to the rules and proceedings that enable the Public powers to expropriate private estates when necessary for public works. In the first decades also postal and telegraph services were administrated by the Ministry of Public Works. The politics of Public Works affects the relations between centre and periphery. The management and planning of works is often the outcome of a difficult negotiation between local governments and central government. Sometimes the politics of public works causes severe political turmoil, when the freedom of individuals and the powers of the state are in conflict, as is the case of urban policy, or when the Parliament is called to decide If preserving inefficient railways companies or to nationalize them. The conflict between industrial and agricultural use of 'water is a recurring topic in public debate and in legislation. The author shows how the management of public works has been one of the tools used by politicians to promote the economic development of the country. In the first decades the Italian Governments had generously financed the construction of railways at the expenses of local roads and harbours, then in the eve of the new century they chose to support the industrial use of the waterways at the expense of agriculture. Under the fascist regime the agricultural interests were able to remedy the situation thanks to the politics in favour of bonification. Inside the Governments, the management of Public Works manifested a conflict that opposed those who want to enlarge and centralize the power of the Ministry of public works, as one of the most important economic ministries, and those who prefer to hand over the fields of competence of the Ministry in favour of new specialized governmental agencies, more able to reflect and represent the different social and economic interests in the country. The paradoxical outcome was the weakening of the decision-making power of the state, which was increasingly forced to mediate between conflicting interests, and has been hardly unable to impose a coherent vision of public intervention. The choice to multiply the specialized agencies that the fascist regime took marked also a decline in the prestige and in the decision power of technicians and experts inside the public administration. 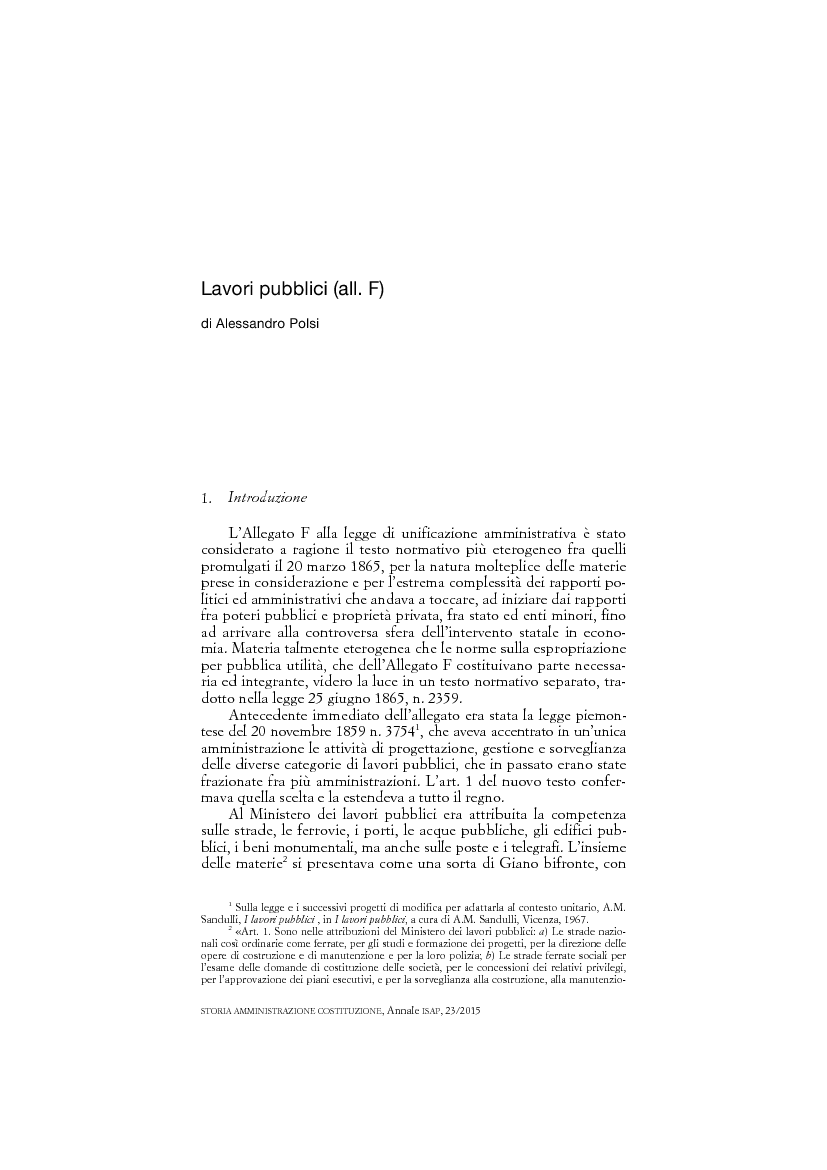