The essay analyses the relationship between Milan and the neighbouring, vast territory out of the city walls, during the years 1860-1885. That territory was a kind of ring, which divided the city from the countryside. For the reason given about, the walls were both a material and a symbolic border between geographical, economic, fiscal, social and cultural spaces. However the walls were an administrative border too: within there was a city of about 200 thousands inhabitants on a territory of 832 hectares (Milan) and outside a borough of 60 thousands inhabitants on a territory of 6,643 hectares (Corpi Santi). In 1873 those two Municipalities were annexed, in spite of Corpi Santi opposition. After describing the regulation of making changes in municipal jurisdiction, the case study is examined into details from a political and administrative point of view and contextualized in not studied policies of municipal borders' reorganisation on a provincial scale. 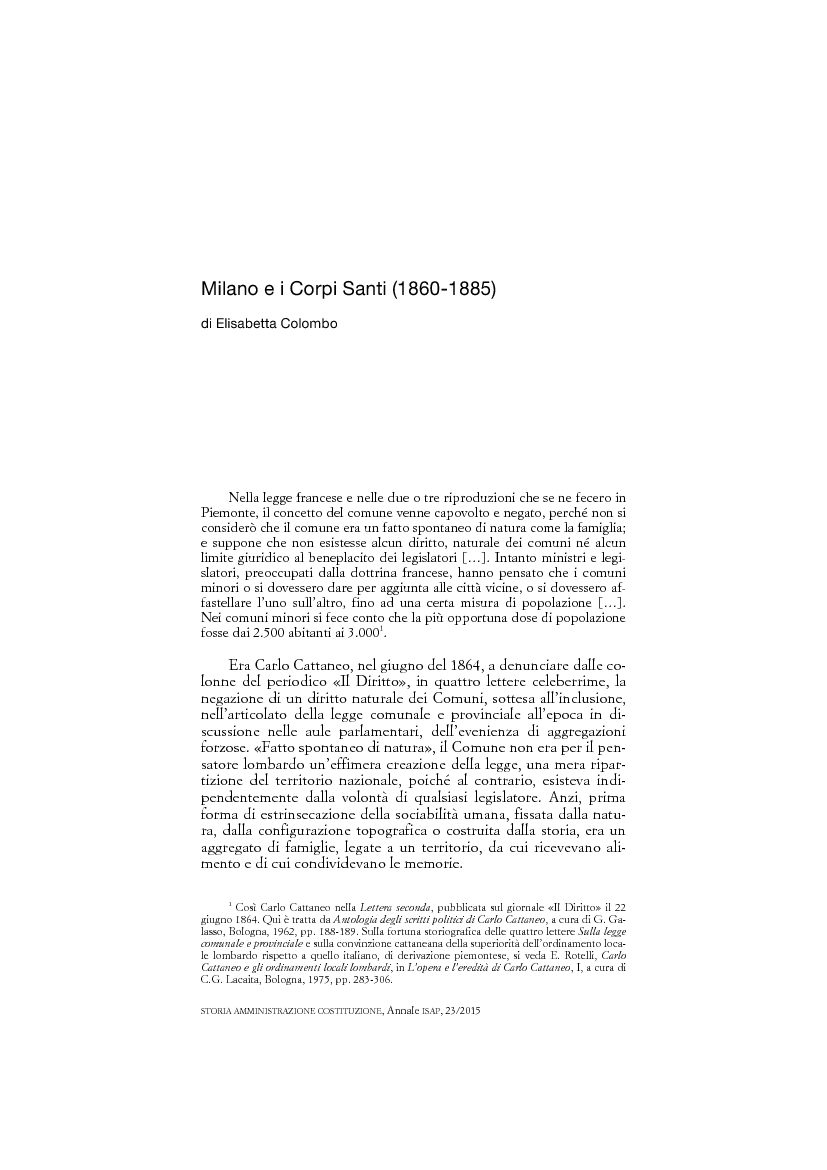