After the fall of the Napoleon's Empire the former French "Départment du Taro" returned to be the formally independent Duchy of Parma, Piacenza and Guastalla, the winners in Vienna granted the little country to Marie Louise of Habsburg Napoleon's second wife as a life tenure. The former French empress, still an Austrian archduchess, arrived in Parma her new capital in 1816. At the beginning of her reign almost all the French laws were maintained with slight but sometimes important changes (e.g. the abolition of civil marriage and divorce). Moreover almost all the imperial civil officers, judges and military personnel maintained their offices also under the new regime. Yet the twenties was an age of legal reform in the Duchy for four new Codes replaced the French ones and new laws were issued. In 1822 a Decree revised the rules of the administrative trial; that Decree repealed the former used French legal pattern, founded on the "Conseil de Préfecture", and created an autonomous administrative court "la Sezione del Contenzioso del Consiglio di Stato" with an own peculiar procedure and established professional judges. In the first decade of the twenties the ducal Supreme Court, "Tribunale Supremo di Revisione", acting as a Cassation Court, ruled the area of jurisdiction of the new established administrative court. Indeed it was the Supreme Court in its opinions which determined the exact legal sense of a new term "affare amministrativo del contenzioso". The Supreme Court's opinions were fundamental because the law grounded the jurisdiction of the new administrative court on that legal concept without explaining clearly its real meaning. The affare amministrativo del contenzioso was quite different from the French "affaire administrative" which was the cornerstone of the French administrative trial. On that difference reposed the autonomy of the ducal administrative law and procedure. 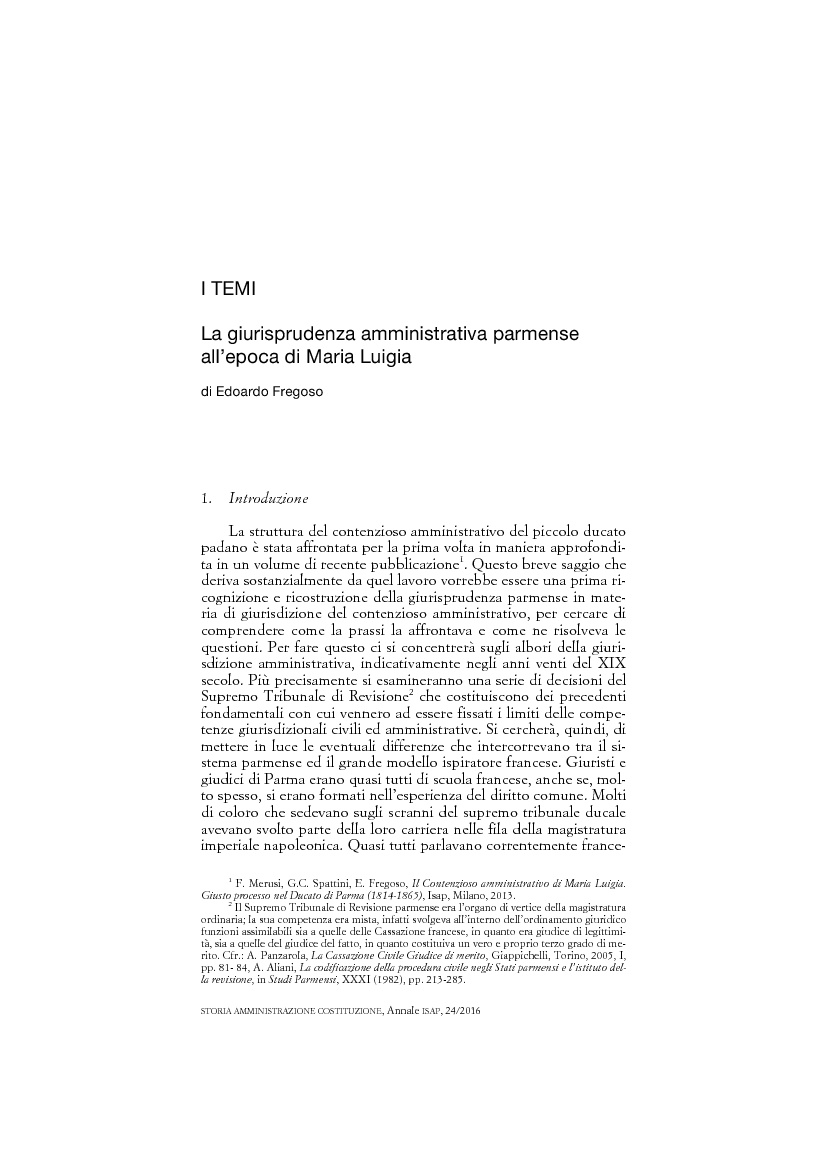