The administration of "Gabelle" was the main financial organization of the Kingdom of Sardinia. With the unification of Italy this organization was called to play an extraordinary role. In fact, the replication of the Piedmontese model was not feasible in the new provinces because there were seven pre-unification states, with different organizational regulations and tax laws. Managing employees and diverse customs guards was not simple. On one hand it was necessary to acknowledge the need to reduce their number. On the other hand, it was necessary to introduce common re-organization rules. Among others, for the Guard a law was issued, requiring the creation of a joint body with "military elements inserted in the context of a civil administration". However, the dependence of the military from the civil administration of the Gabelle, will eventually generate misunderstandings and dissatisfaction among the military. Over the years the Customs Guard Corps will ask for increasing autonomy, and will become independent from the Gabelle administration. The Gabelle administration will subsequently lose its central role in the system, also because of the growth of importance of other financial sectors leading to the introduction of new and sophisticated tax laws, such as the income tax. 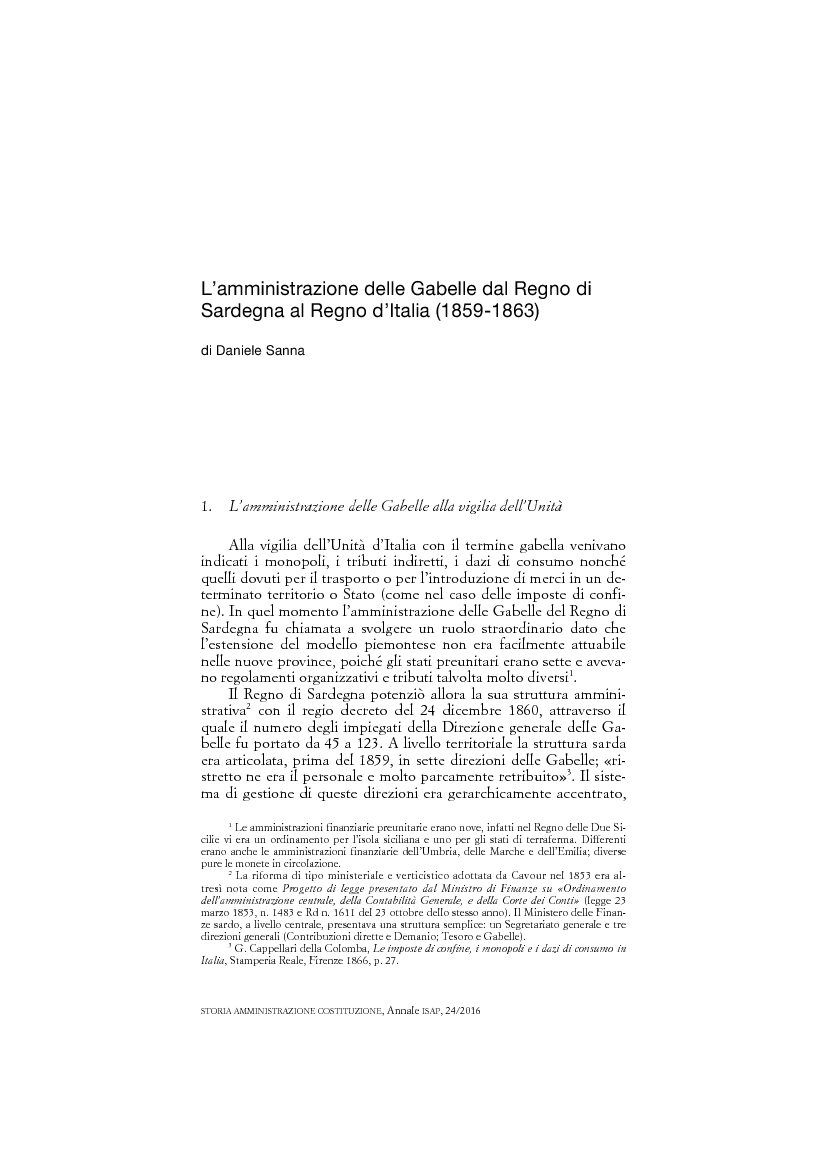