For the monarchies of the XX century the war was a pivotal moment of crisis during which the actual survival of the monarchical institution could be put at risk. The Great War, however, represented for the Italian Crown a moment of positive transformation at the end of which the monarchy gained the popular recognition that was, in a certain sense, lacking during the Risorgimento and in the first decades as a united country. Moreover, the First World War gave the Crown a new, more determined, international relevance. The essay will explore the monarchy's institutional dynamics during the war and will reflect on the King's military prerogatives; the paper will also examine the effectiveness of the propaganda strategies regarding the public image of the monarchy in relation with the popular collective imagination; during the Great War, indeed, the Army and the Crown, linked in a victorious duo, identify themselves with each other, contributing to the creation of a unitary symbology in which the idea of the 'Soldier King' is one of the foundations of the national myth. 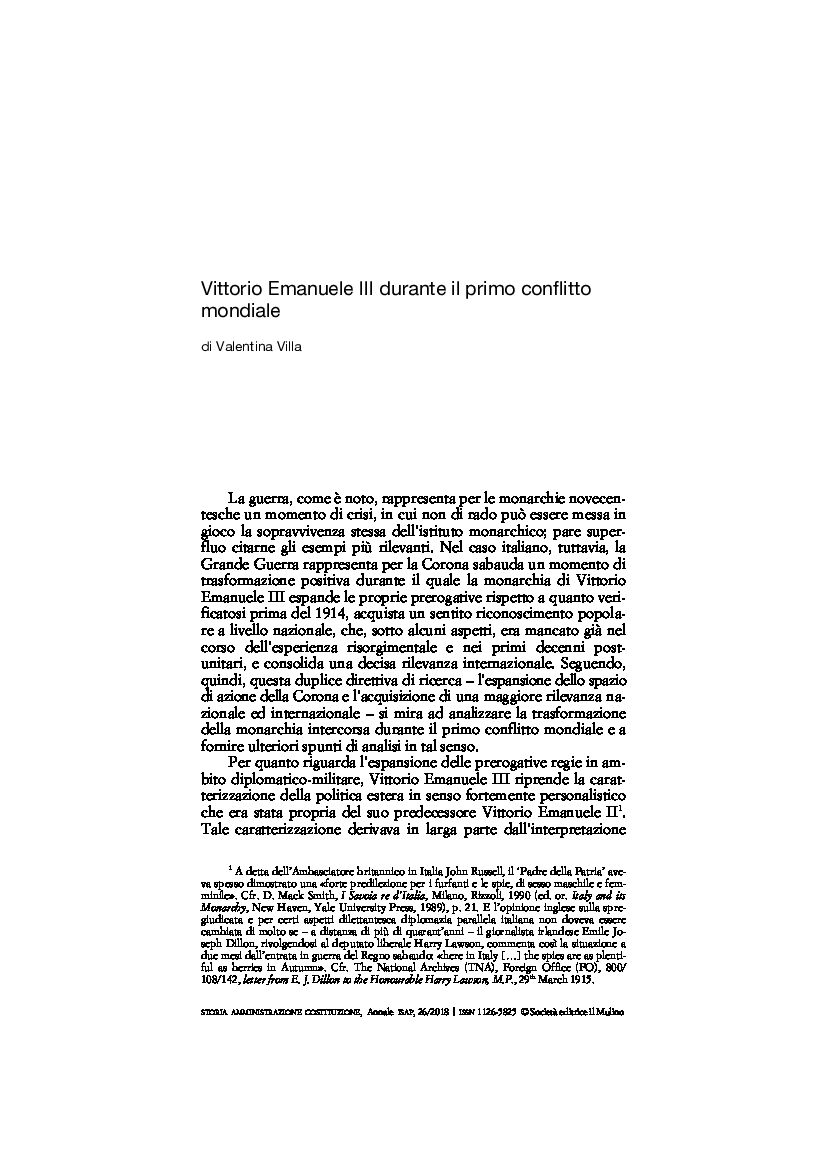