This paper is dedicated to understanding how the Italian legislator elaborated the law that defined the birth of the Consiglio nazionale dell'economia e del lavoro (legge 5 gennaio 1957 n. 33). The precise adherence to the Constitution would have wanted the ordinary legislator engaged in the creation of an institution really capable of influencing the economic-social legislation. Certainly it would have been difficult to create an auxiliary Council in economic and social matters that had the prestige of the Consiglio di Stato or the Corte dei Conti, but the ordinary legislator did not even have this goal. The Cnel was born without its own autonomy, without an important role on the legislative activity. This occurred with the consent of the political and social forces that had a strategy of containment, if not of conservation, but also with the support of the convinced assertors of the full realization of the Constitution. Cnel's weakness was convenient for ministers and parliamentarians, jealous guardians of their own prerogatives and fearful of losing power to another institution that could be influential in key sectors such as economics and labor, but also to leaders of the parties and the trade unions, who looked intolerant at Cnel, were against it because the institution could have stiffened or even 'caged' relations between politicians and representatives of the category interests. 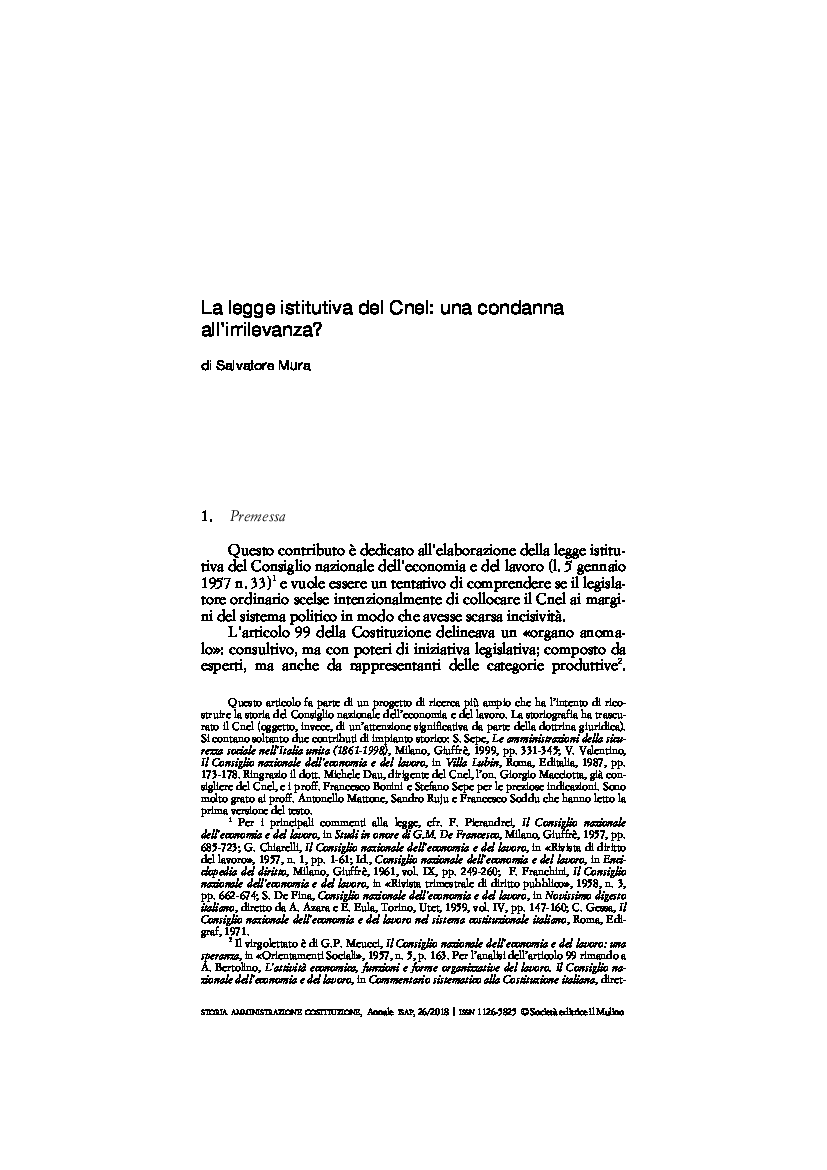