Since its creation, the League of Nations has developed a structure of standing committees and sub-commissions that, under the direction of the General Secretariat, worked to provide an international response to the various social problems present in Europe and the world, such as the abolition of all forms of slavery, the repatriation of prisoners of war. The aim of the contribution is to understand the originality of the policy implemented by the League of Nations in the field of social issues, through the study of the administrative functioning of the system to combat the trafficking of women and minors in Geneva. The analysis of the activity carried out by the Permanent Commission against Trafficking in Women and Minors makes it possible to understand the legal, political and rights evolution, of the international regulations drafted in the interwar period to suppress trafficking, and all today in force. Particular attention is paid to the meeting point between the proposals of the individual national governments, not willing to surrender on the level of national sovereignty, and the requests of the League's officers. The international standards and the Conventions drawn up in Geneva are examined, reflecting the balance between the two national and international dimensions, both on a legal and political level. Therefore, we will try to understand how the work done in Geneva has been implemented in the nations by analyzing the Italian case, going to investigate the relationships and influences between the organization and Rome. 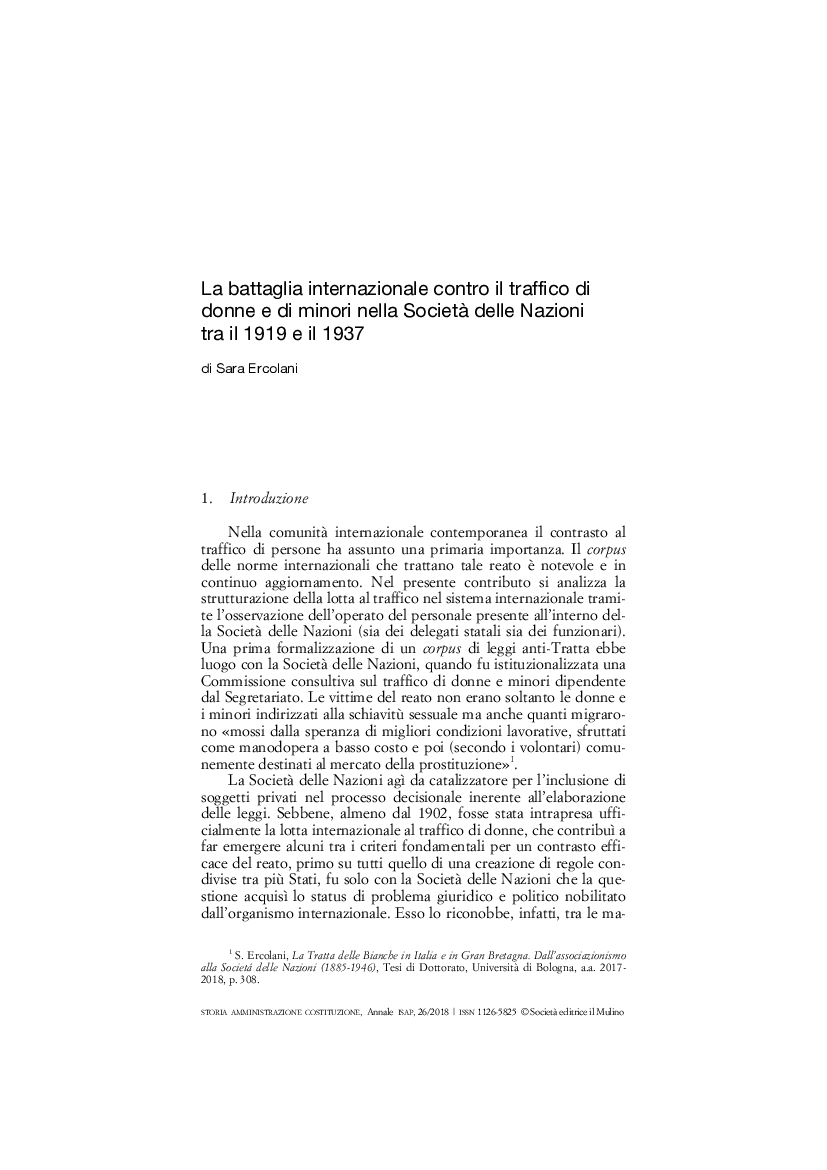