This paper contains the answers given by the Author to some questions asked by the Editor of this Journal on the occasion of the 50th anniversary of its foundation. In the opinion of the Author, the Italian Regions in the past half century have been, also due to the general dynamics of the Country, additional institutional spaces available to the political system rather than open grounds for cultural and socio-economic innovation. The decentralization outlined by the 2001 Constitutional reform, which was never developed, was the most reliable solution available. The Author believes that the current Regions with special status should be gradually reabsorbed into a general framework of Regions that can be differentiated from each other. He also notes that the ongoing institutional pattern of the Presidents of the Regions combined with the dissolution of political parties has produced an unsustainable concentration of powers on this figure, making it a reason for serious imbalance in institutional relations within and outside the Regions. 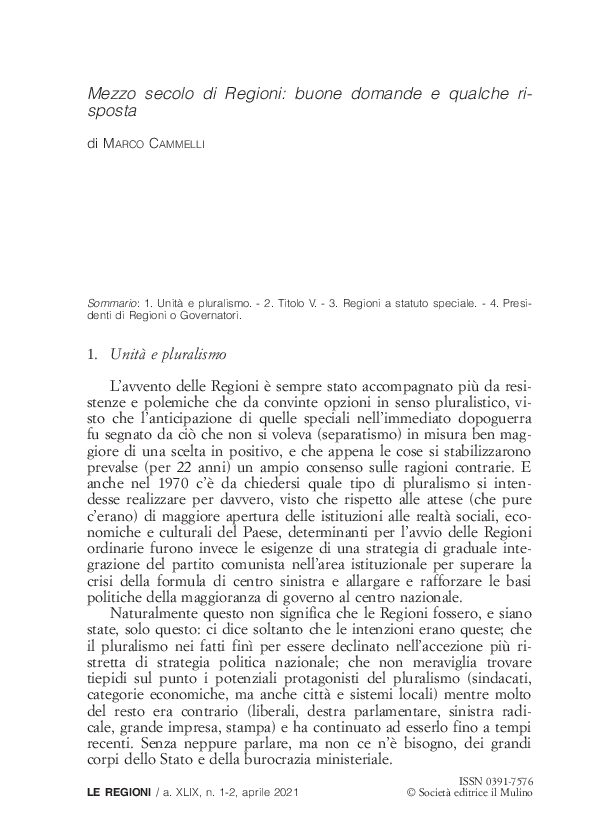