The note analyses the position taken by the Constitutional Court with respect to the numerous reforms of the rules on the sliding of public ranking lists that have taken place over the years, and their impact on the internal organisational autonomy of the special Regions. In particular, the note reconstructs the transition from the rules precluding the sliding of rankings to the new rules open to such sliding, but with limitations, verifying what problems arise from this paradigm shift, both in terms of competence and in terms of loyal cooperation. Finally, the note to the judgment gives an account of the reasons for the lack of a decision following the reintroduction of a specific safeguard clause, and – in other respects – it also gives an account of the reasons for a decision of non-foundation made by an interpretative judgment of rejection 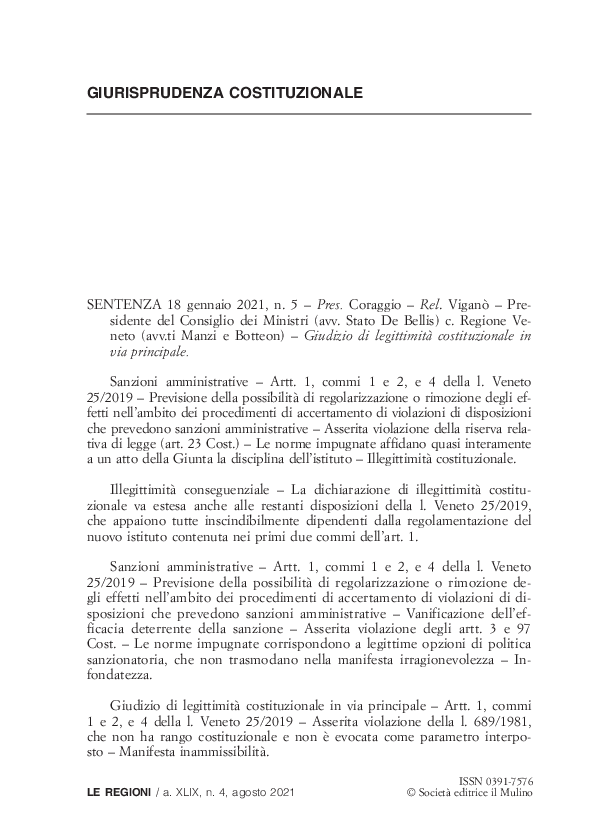