Ninety years of life and history. An history interwined with the struggles of the labor party and the trade unions. For more than fifty years the largest organ of the western Communist Party has been an opposition newspaper. In the early eighties of the last century the journal has started a progressive quest for political, cultural and editorial autonomy, yet, in the same time it began to lose its bonds with the reading public and the militants. A crisis also took place into the more generalized crisis of the press due to the internet and social media boom. «L'Unità» has twice interrupted the publication, the second time - in 2014 - has lasted about a year. Then, unexpectedly, thanks to the contribution of Matteo Renzi - Italian Prime Minister and leader of the Democratic Party - with the help of some businessmen, the newspaper has made its return among readers. What exactly the newspaper is? Which is its political and journalistic line? Between preservation and innovation, here is an analysis of the first year of life. 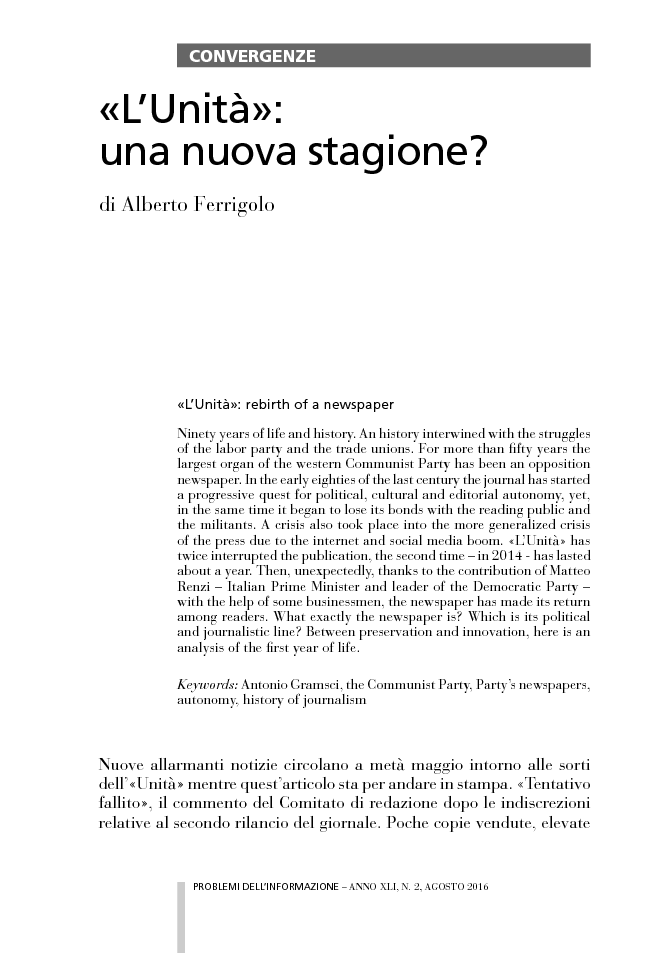