The aim of the paper is to understand the online spreading of iconic photographs and how different actors in the media ecosystem compete in constructing the alleged truthfulness of these pictures. The case study chosen is the online circulation of a famous photo taken during the Second World War in the small village of Dane (Slovenia). Although this photograph portrays an execution of five Slovene civilians by an Italian military platoon, it has been frequently employed as a powerful icon of the Foibe massacres. Using a digital methods approach, the research demonstrates how different frames and social uses participate in the spreading of the same image. Our findings show that the circulation of the Dane photograph is caused by two constitutive factors. On one hand, the photograph emerges as an icon that evokes shared, often visceral collective feelings and increases public deliberation. On the other hand, however, the photograph periodically circulates within local newspaper not because of its iconic charge, but thanks to its enhanced searchability. In this case, the image of Dane becomes an image-repertoire, whose iconicity is not defined by its pictorial aesthetics or by the cumulative meaning that it acquired, but by the chance to be easily indexable by search engines. 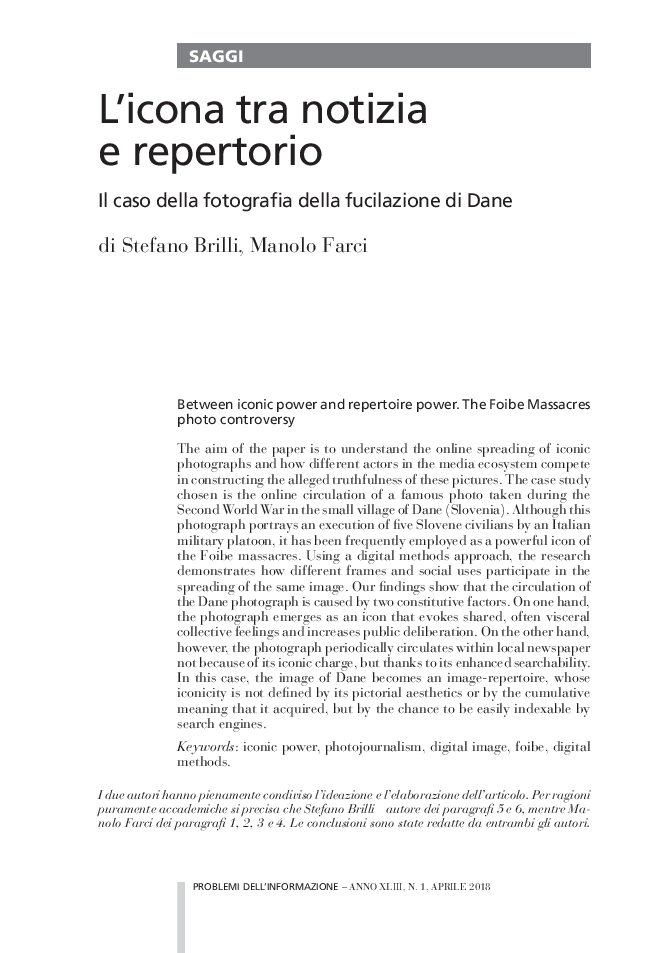