The article analyzes how photography shaped the collective memory of Vietnam, by focusing on Eddie Adams' world famous "Saigon Execution" (1968). Several studies have been conducted on the iconography of «Nam», as well as on the part played by mass media, their effects on public opinion, and their role in the general understanding of the first, unexpected defeat in American history. Adams' photography actually provides an ideal standpoint for analyzing American culture, as it will live twice. In the first period (from 1968 to mid-1970s), "Saigon Execution" was considered the ideal representation of war's cruelty and meaninglessness. From late 1970s on, the "restaging" of this image has become a part of the broader healing process produced by American cultural industry. Marita Sturken's (1999) idea of «re-enactment», along with Pietro Montani's (2010) «intermedial narration», seem to provide the most useful framework for analyzing this process. Starting with the restaging of Eddie Adams' iconic image in "The Deer Hunter" (1978) - and namely in the likewise iconic Russian Roulette scene - Hollywood will eventually reshape the collective memory of Vietnam, in a way consistent to New Right ideology. 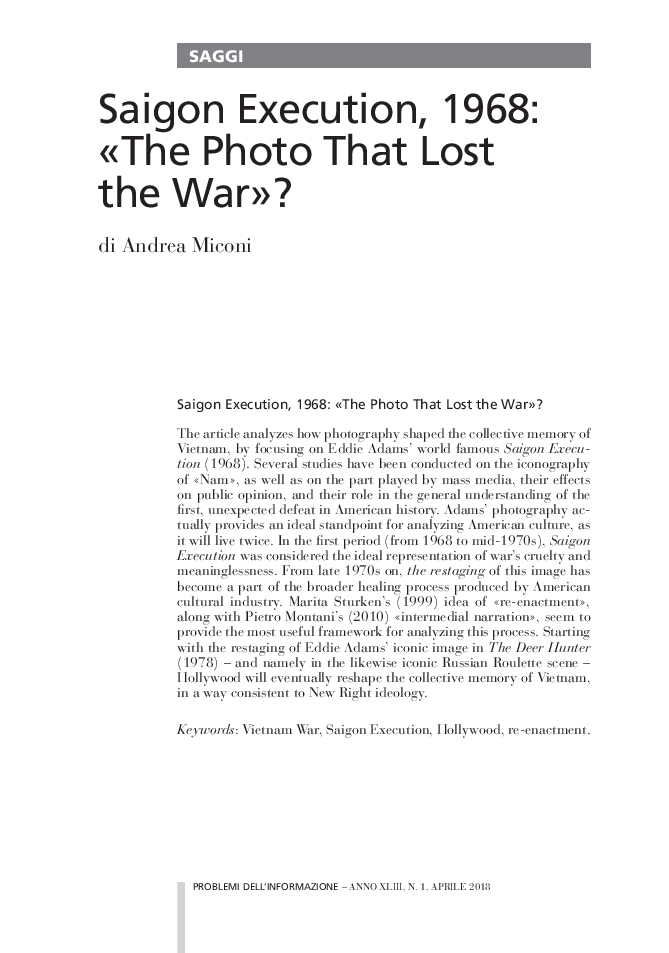