The article looks at the journalistic representation of femicide in hard-copy and online newspapers by means of a qualitative discourse analysis on two specific case studies: the femicide of Stefania Noce, which took place in 2011 (before the mainstreaming of feminist discourse), and the femicide of Sara Di Pietrantonio, happened in 2016 (after the mainstreaming of feminist discourse). The in-depth study is aimed at describing changes of attitude and persistent issues in the portrayal of femicide after 2012. The comparison showcases significant differences in the coverage of the two femicides. If in the first case journalists often employ discursive strategies that directly or indirectly blame the victim and implicitly excuse the perpetrator, the representation of the second case respects the real hierarchy of victimization, thus proving to be influenced by the emergence of feminist discourse. Despite welcoming the most popular elements of the debate on lethal gender violence, the journalistic coverage of Di Pietrantonio’s case fails to overcome a stereotypical portrayal of women’s roles and offers a description of the perpetrator as a deviant male, which ultimately neglects the role played by hegemonic masculinity in the phenomenon. 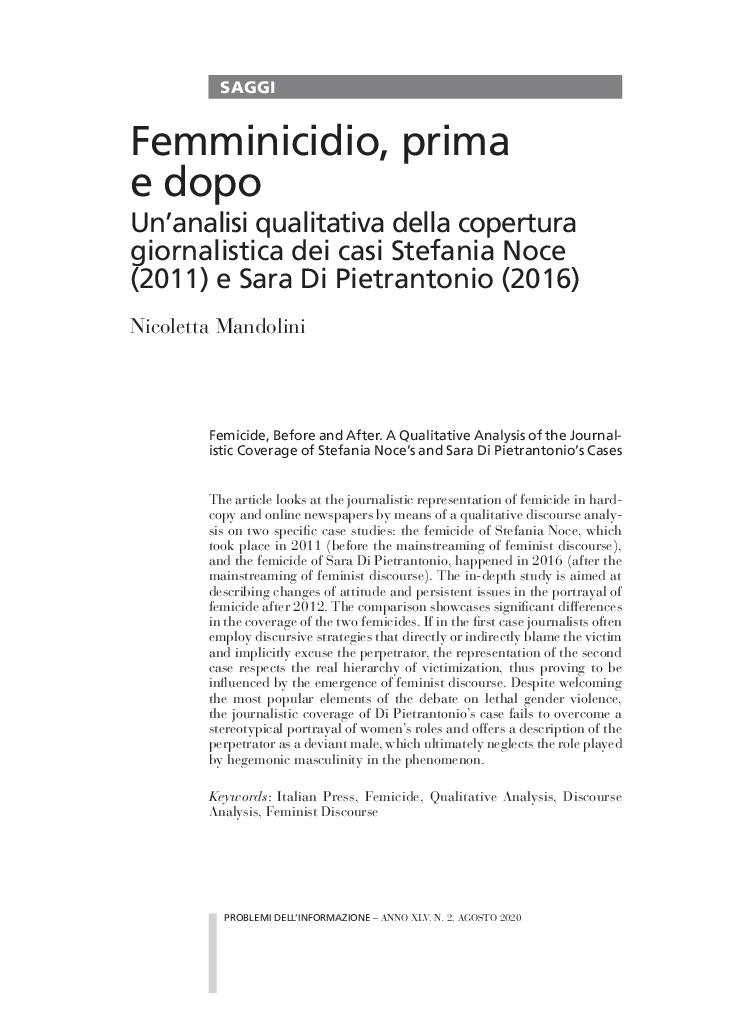