As they became among the favourite slogan of European and international official discourse over the last decade, «cultural diversity» and «intercultural dialogue» have reciprocally suffered a lasting language distortion and been increasingly subject to a loss of conceptual relevance. This paper aims at disentangling the intuitive, pervading and media-fed semantic assimilation of both expressions by analysing their conceptual singularity, on the one hand, and highlighting their philosophical articulation, on the other hand. This should rely on the initial recognition of the conflicting process they refer to, far from the poor and consensual meaning of «factual variety» for cultural diversity, and of «pacific culture encounter» for intercultural dialogue. Only such relentless effort of articulation between these two concepts can enable the cosmopolitical project they herald to be understood by citizens, and more efficiently anchored in contemporary national, regional and international political agendas. 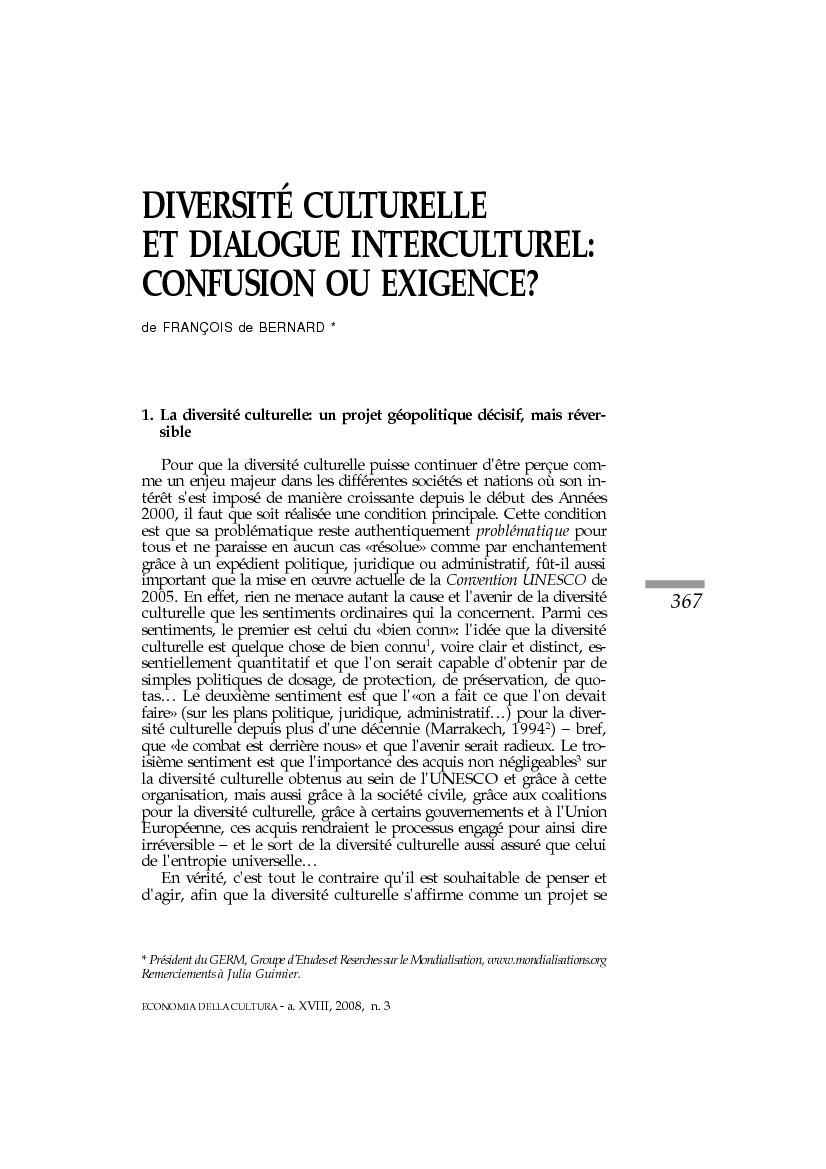