Beyond its obviously straightforward and positive aspects, the UNESCO Convention raises some taxing questions, once attempts are made to apply it. These have generally been underestimated, although institutions are in practice forced to come to terms with them. If culture is - as UNESCO defines it - not only in a narrow sense the artistic expression of a people, but comprises the ensemble of its customs, values and collective imagination, does the right to diversity legitimate all the ways of life that a given community may have historically chosen for itself? If so, can communities governed by entirely different rules live side to side on the same territory without endangering a minimum of social cohesion and delegitimizing public authorities? On the other hand, who has the right - and in the name of what? - to impose common rules and principles on them? Such rules may be regarded as universal, but how can they be so, if not everyone has had an opportunity to contribute to their definition? 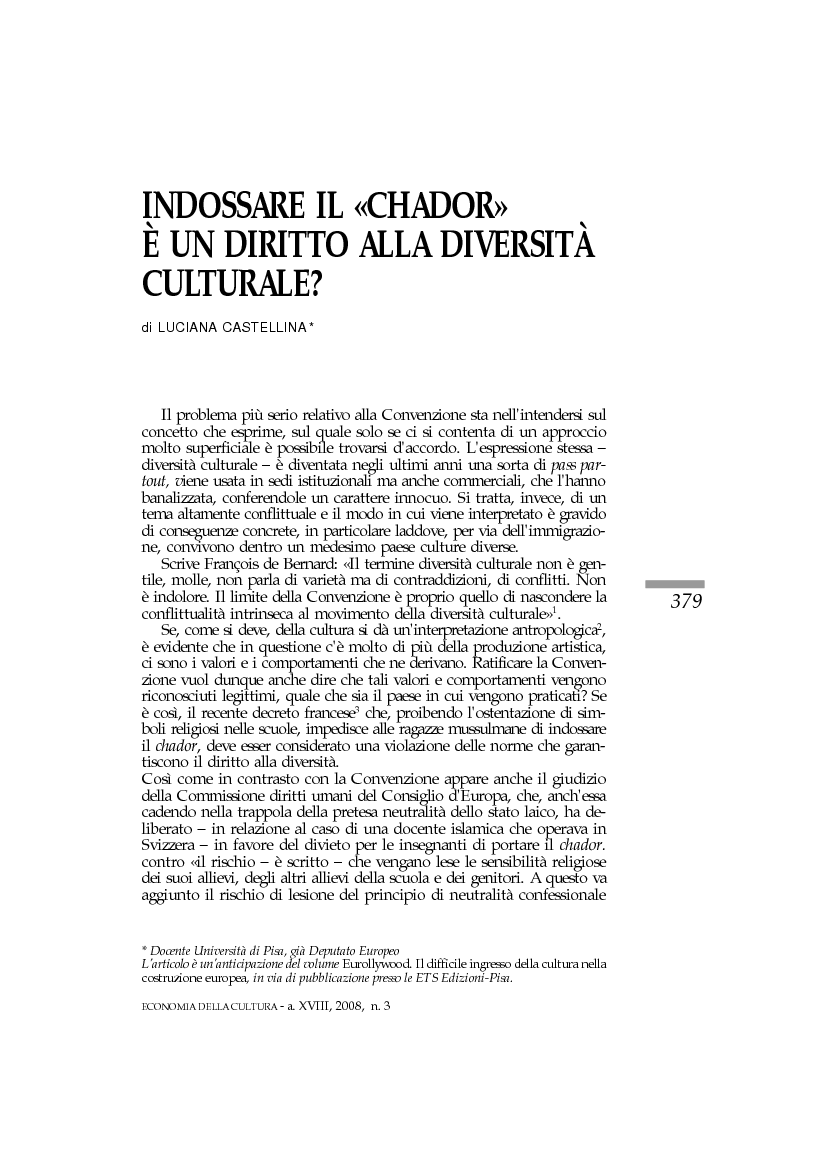