This paper summarizes the scientific and institutional history that made it possible to draw up the Catalogue of Major Earthquakes in Italy (CFTI) covering from the ancient world to the twentieth century. Included in the Istituto Nazionale di Geofisica e Vulcanologia (INGV) databank, this parametric and descriptive Catalogue began in the early 1980s and is nowadays considered the most important of its kind in the world for its density and quality of data, geographical coverage and chronological range. The CFTI is based on specialist historical research conducted by dozens of researchers over a number of decades and coordinated by a single operational centre (a private research unit). The CFTI contains parametric and descriptive data concerning the local effects of over 1,257 earthquakes affecting Italy. Over 42,600 places are classified and geo-referenced. In the 2007 version (CFTI4Med: http://storing.ingv.it/cfti4med/) the Catalogue also includes 482 earth- and seaquakes in the Mediterranean area, spanning from ancient times until the fifteenth century. Its CFTI structure, accessible on line, enables the reader to access a range of information, including damage to the historical-architectural heritage. The CFTI provided the informational basis for the Catalogue of Active Faults, the Seismic Risk Map for the Monuments of Sicily and Calabria (MiBAC-ISCR), various thematic monographs and certain specific studies on the impact of earthquakes. 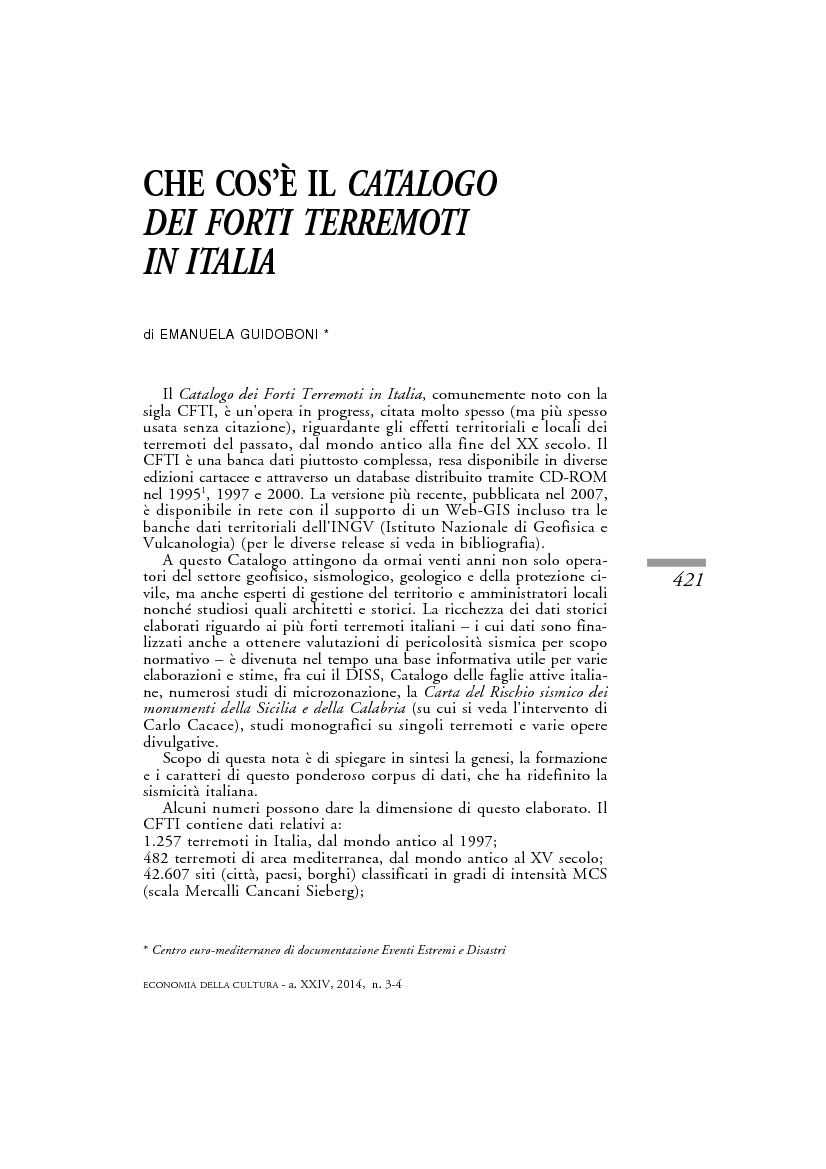