Among the artistic practices aimed at promoting the health of citizens, in Italy and Europe, the performing arts and theatre have acquired a particularly relevant role by involving citizens in the process of creative participation. Participation is actually emerging as a salutogenic factor and a key element in improving the quality of personal and collective life, also supporting the building of social capital and literacy, considered, in turn, as health promotion factors. The «social theatre» is characterized by the involvement of citizens as actors in different forms of entertainment in the community spaces themselves. The Social and Community Theatre Centre, SCT Centre UNITO, where the innovative and multidisciplinary methodology of Social Community Theatre was developed in the early 2000s, is being hosted at the University of Turin. 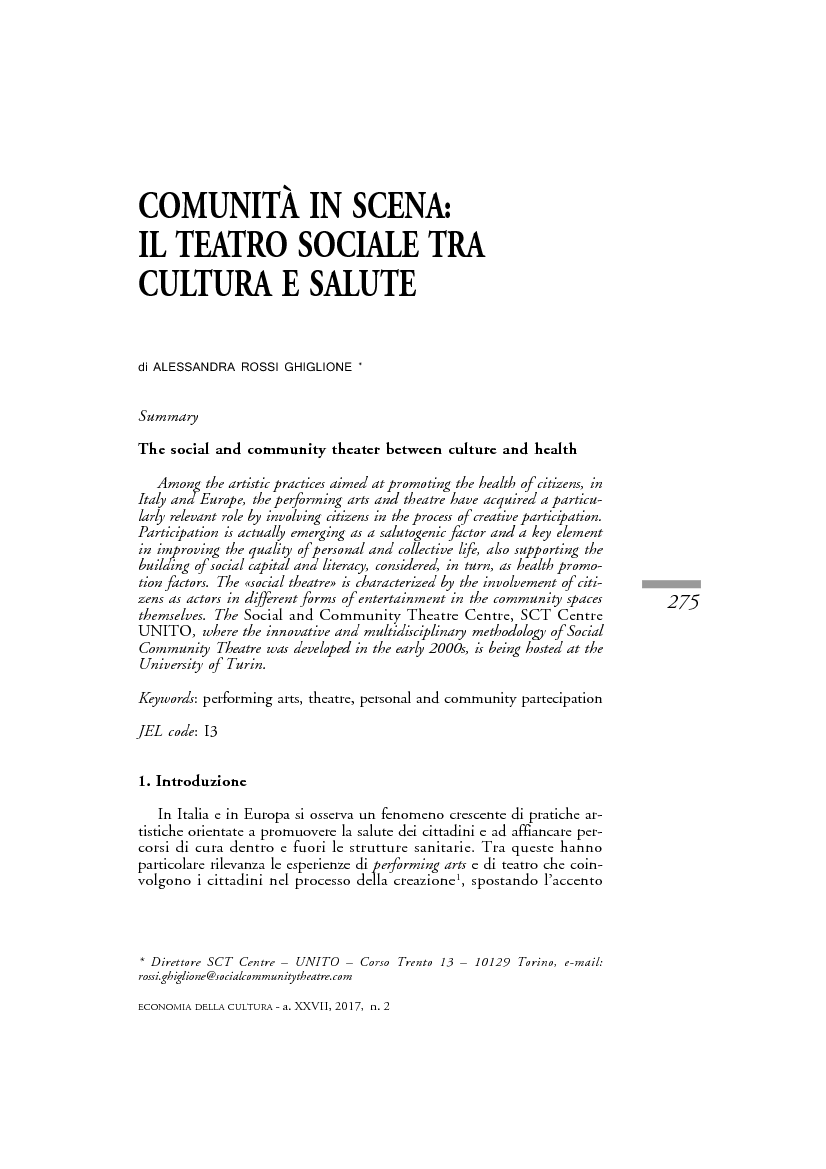