The author, a well-known historian, was Undersecretary of State for Cultural Heritage in 1986, when he promoted - along with the economist Paolo Leon and with Carla Bodo, senior researcher at the Institute for Economic Planning - the Italian Associazione per l'Economia della Cultura/ AEC. The article goes back to the difficult problems that policy had to face at that time in rethinking and extending the governance of the extremely relevant Italian historic heritage (mainly focused until then on conservation and restoration) on wider socio economic perspectives, also aimed at the promotion of employment and tourism. The quite controversial and widely debated policy carried out by the Minister of Labor - investing at the time financial resources in the employment of youngsters in the heritage field, considered as the Italian oil field - contributed to raise the issue of the complex nature of the «cultural goods» also as «economic goods», though with a particular, relevant connotation of «merit goods». Time had thus come, in the author's mind, for a more scientific analysis and monitoring of these phenomena: no wonder that in Italy, unlike in the anglo-saxon world, the first boost towards the creation of an association for cultural economics - regrouping since thirty years professionals, administrators and managers from all the cultural disciplines pushing forward research, a journal and manifold initiatives in a constant, international dialogue - has come from the heritage, rather than from the performing arts. 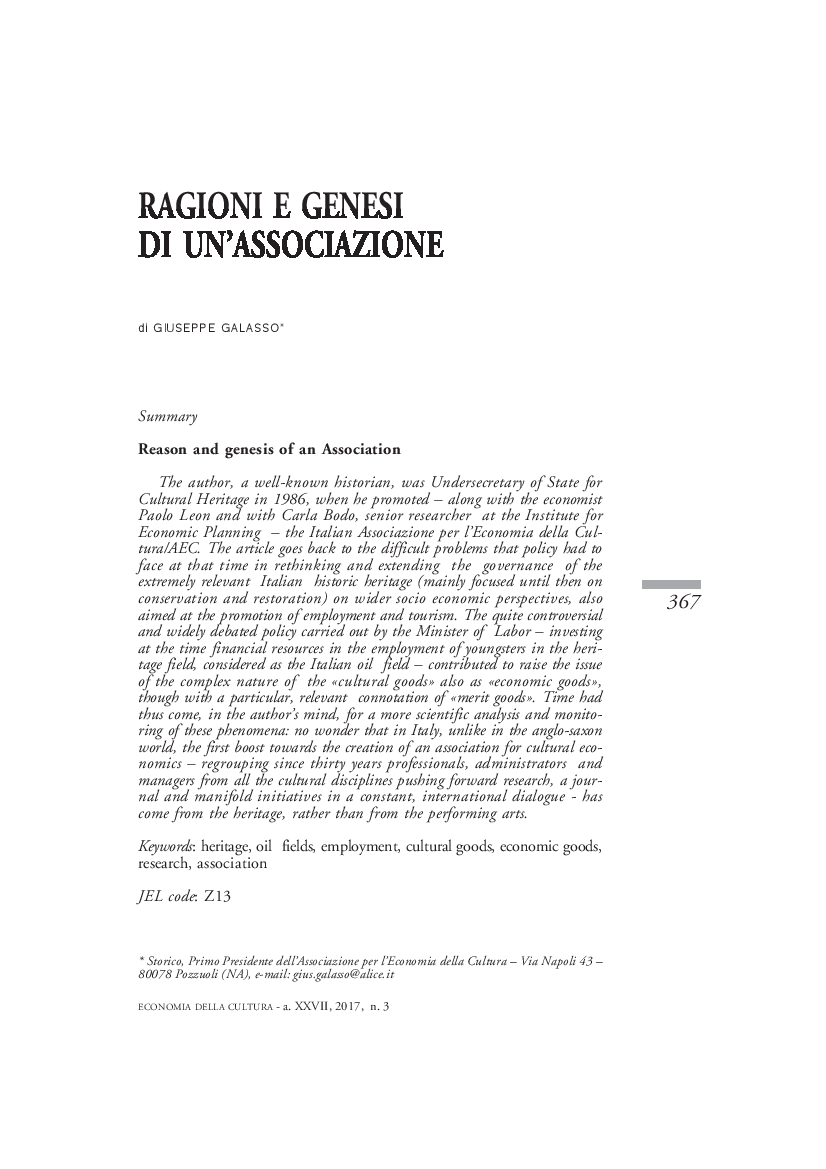