This article celebrates the 30 years birthday of the Italian Associazione per l'Economia della Cultura/AEC - inspired by the American ACEI - created in Rome in 1986 under the auspices of the then Secretary of State for Cultural Heritage, Giuseppe Galasso. In a country where cultural policies have been historically mainly dominated by heritage issues, ACEI was, in fact, the first Italian research organization to deal with cultural economics and cultural policy as a whole - from the heritage and the visual arts to the performing arts, as well as to the audiovisual and publishing industries - and to appeal to some of the main experts of these disciplines. It describes the ups and downs of ACEI's life, often threatened in the years 2000s, along with other cultural organizations, by the shortages in public financing of culture - and its main three axes of activity: 1) national and international conferences; 2) research (including the publication of two extensive Reports on Cultural Economics in Italy (for the eighties and nineties decades respectively); 3) the publication, since 1992, of the quarterly journal Economia della Cultura, the only existing journal of the like in continental Europe. The article finally deals with the progressive shift of ACEI's focus - since the years 2000s - from the mainly economic, administrative and statistical issues to the outset on culture as one of the main axes of sustainable development, thus dealing as well on its growing role of common good and as a factor of social inclusion in a changing society. 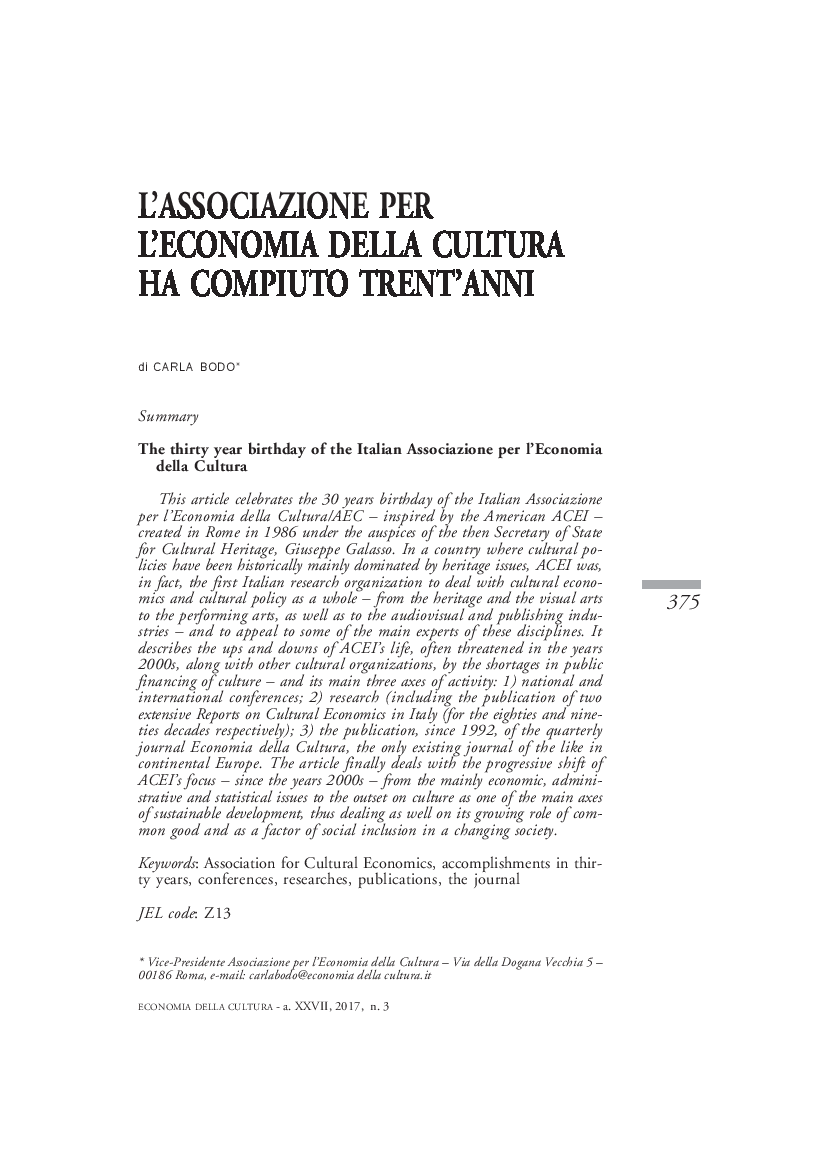