How do young men and women of maghrebian origin define one another? Moreover, what differential discard exists between their imaginary and the real interaction conditions among genders? How do gender and generational conflicts live in the new radication context? This research report, result of the analysis of 25 hermeneutical interviews, tries to give an answer to these questions. While doing this, attention has been focalized on «their» point of view, in order to survey the symbolic and practical processes of integration in the widened society. In the same way, emphasis was placed on linguistic and symbolic mechanisms through which boys and girls, with the same «cultural root», define each other, employing phenomenological standardizations. Placing at the center of the discourse the topic of «sexism», starting from a «wide» definition, was useful in order to explain how the «mentality» is transmitted from parents and/or the entourage, to the children. Strives were also made in order to understand how they live the «silent» revolution of feminine emancipation in their country and in Italy, starting from «cultural» conditionings; how did the fact of being children of people that grew up somewhere else, with other «cultural» references, influence them in gender relations in the Italian context; moreover, how did this «discriminating and hierarchical» imaginary, pass on in space and time, in damage of the young women. 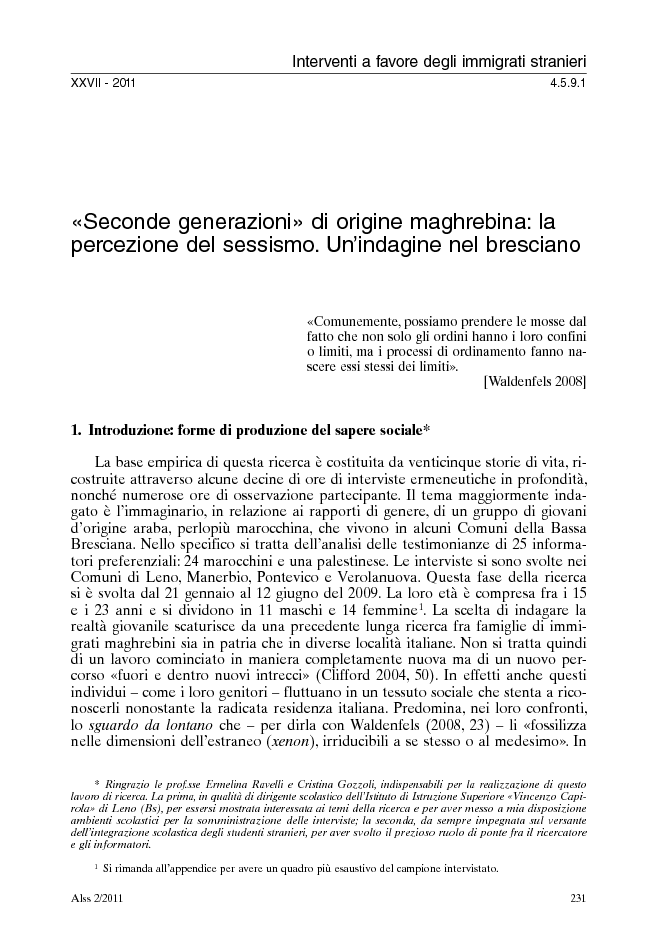