In the course of the last two decades the question of urban security − or more properly speaking, of urban insecurity − has concerned both politicians and public opinion. The main object of this article is analyze the topic of the urban security/safety through citizens' safety requests. The database used (data from the operational centre of the municipal police, contained in a computerised data-bank, consisting of filed reports and requests from citizens which resulted in any kind of intervention by the Police) is a particular database produced by the municipal police of some towns of the Region of Lombardy. This is a source not previously used in studies of urban security in Italy. Such information, moreover, helps to get a better insight with regard to citizens who turn to the police for help: whether they are mostly victims or witnesses of crime; why it is that, being faced with a problem (whether genuine or perceived as such) and being unable to count on anyone or have anyone to turn to, they see the municipal police as the only institution in a position to provide any sort of help. The analysis carried out indicates just as clearly the need to broaden the semantic context of the concept of insecurity to a series of aspects which touch directly upon the quality of urban life. More specifically, we refer to the economic and social dimensions of the question. If, in fact, the perception of insecurity among Lombard citizens relates in part to the presence of delinquent or deviant phenomena, it is much more directly connected to changes affecting both the urbanistic and architectural aspects (transformations and/or deterioration of structures and infrastructures) and the social morphology of cities. 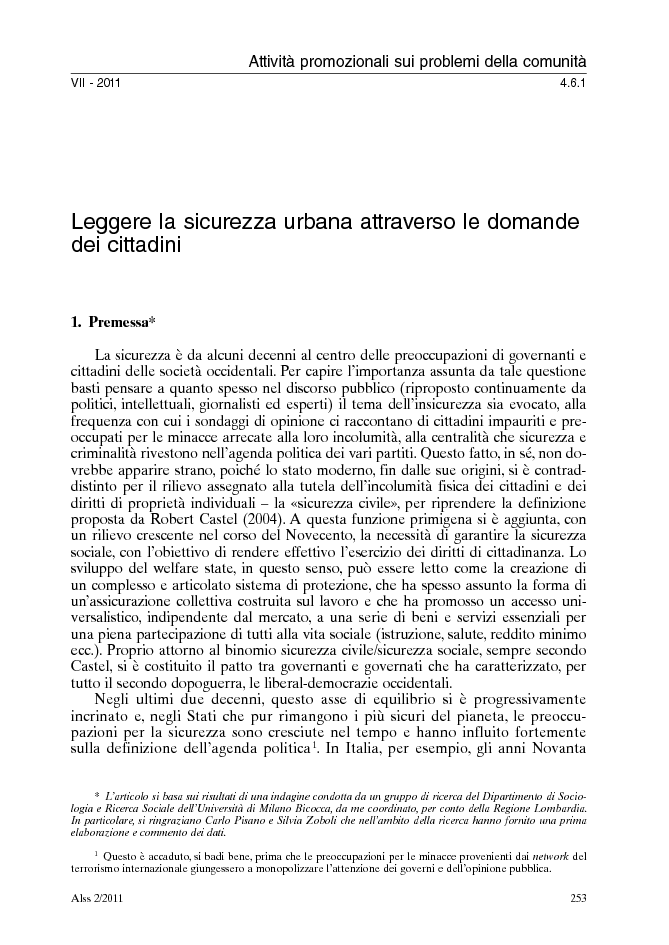