This work is aimed at highlighting that gender inequality still exists in today's society, even in developed countries, where the woman is forced to fulfill the expectations of the roles that society imposes as a wife, mother and worker. Often having to take care of family members that prevent her from entering the workforce or in the event that she is already working, has difficulties in advancing in her career. Significant help can come from the Government, through the formulation of appropriate policies and interventions that aim to balance work and home, as the rewards in the workplace for women represent an antidote to depression and help to overcome stressful situations. Among the policies for intervention is a project promoted by the sixth province Bat, called Mafalda, which stands for Measures in Favour of Action for Employment, Rights and Affectivity. 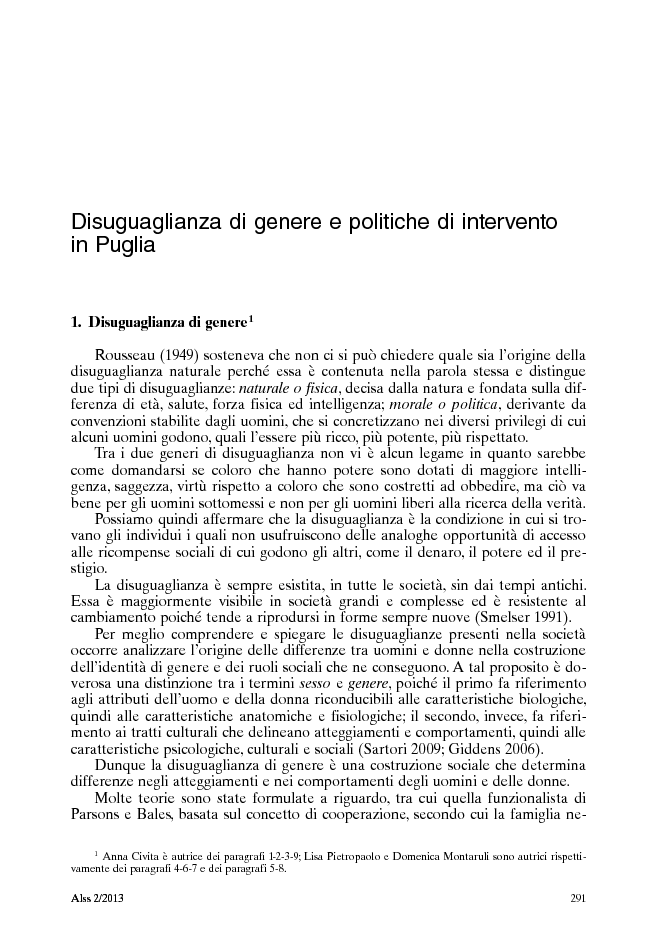