At the end of 2011, Italy experienced one of its worst economic and financial crises. Against a backdrop of severe austerity measures, a pilot of an anti-poverty scheme was launched, with limited resources, involving the 12 largest cities of the country. This brief note recollects - from the perspective of the authors, directly involved in the design of the measure - the rationale behind the difficult choices made, the obstacles encountered along the way, the directions taken by the three Governments since 2011 in the fight against poverty, which always assumed the pilot as a reference frame. This is the case also for the first National Plan for the fight against poverty, announced in the 2016 Budget Law. 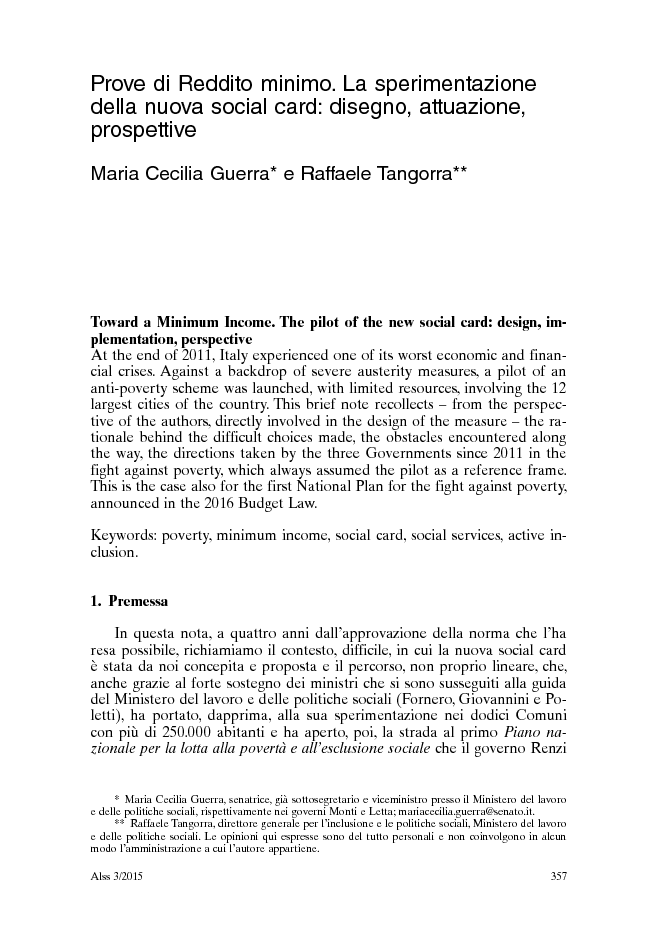