The review illustrates how, from Seventies on, the meaning of imitation has been differently interpreted. While, at first, studies doubted whether subjects, not yet able to represent reality, were able to imitate, researchers cleared up true imitative behaviors in neonates. As research settings changed, researchers stressed different kinds of imitation: reciprocal adult-child imitation, imitation among pairs, imitation among some animal species. These evidences led to interpret imitation as premise and mean for social communication and intersubjective behavior. However mechanisms explaining why and how imitative behaviors appear and develop are still debateful. 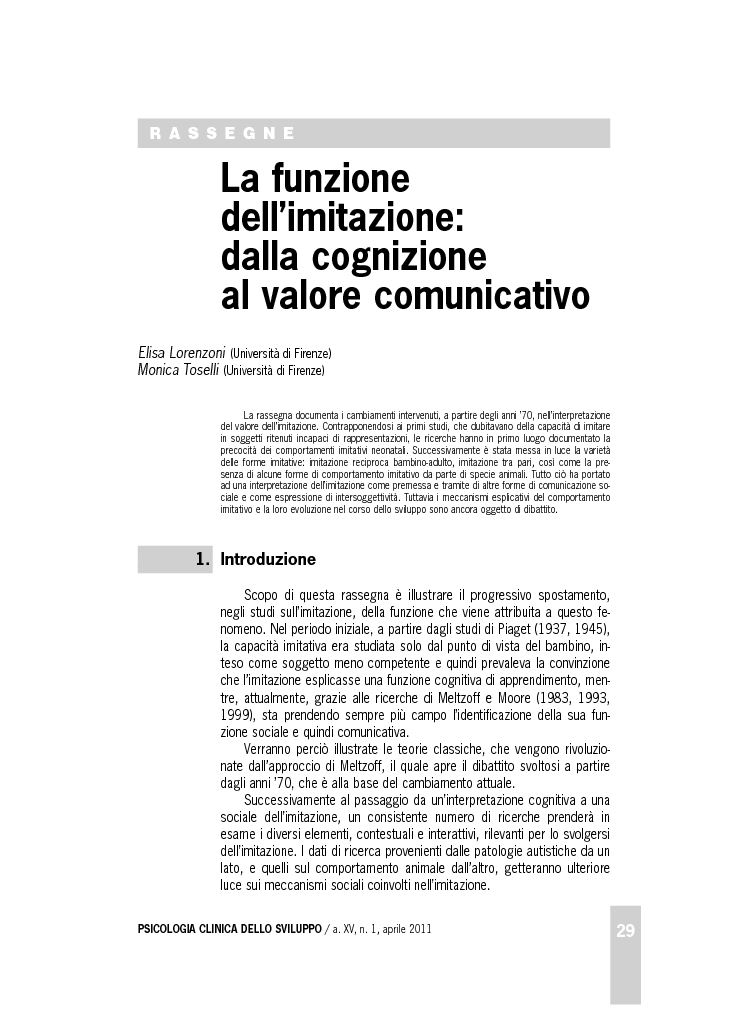