This study investigated whether children with learning disorders more often present problems of disattention, hyperactivity-impulsivity and/or oppositional-defiant behaviors than normal children, as measured by the Disruptive Behavior Evaluation scale (Scala di Valutazione dei Comportamenti Dirompenti-SCOD; Marzocchi, Oosterlaan, De Meo, Di Pietro, Pezzica, Cavolina, Sergeant and Zuddas, 2001). We compared the performances of 145 children who had at least one learning disorder (dyslexia, comprehension disorder on written texts, dysgraphia and/or dyscalculia) with those of 206 children who presented no deficiencies on any tests of reading, writing, or calculation. For all learning disorders, significant associations were found with the disattention and oppositional defiant disorder (ODD) scales but not the hyperactivity-impulsivity scale. The picture of the relations with the disattention scale and the ODD does not permit drawing conclusions about whether these behavioral disorders are associated with a particular learning disorder. As learning disorders were found in a large number of children on one side and disattention and ODD coexisted on the other, it is important that those who work in schools are sensitive to the problem so they can interpret it correctly and intervene appropriately. 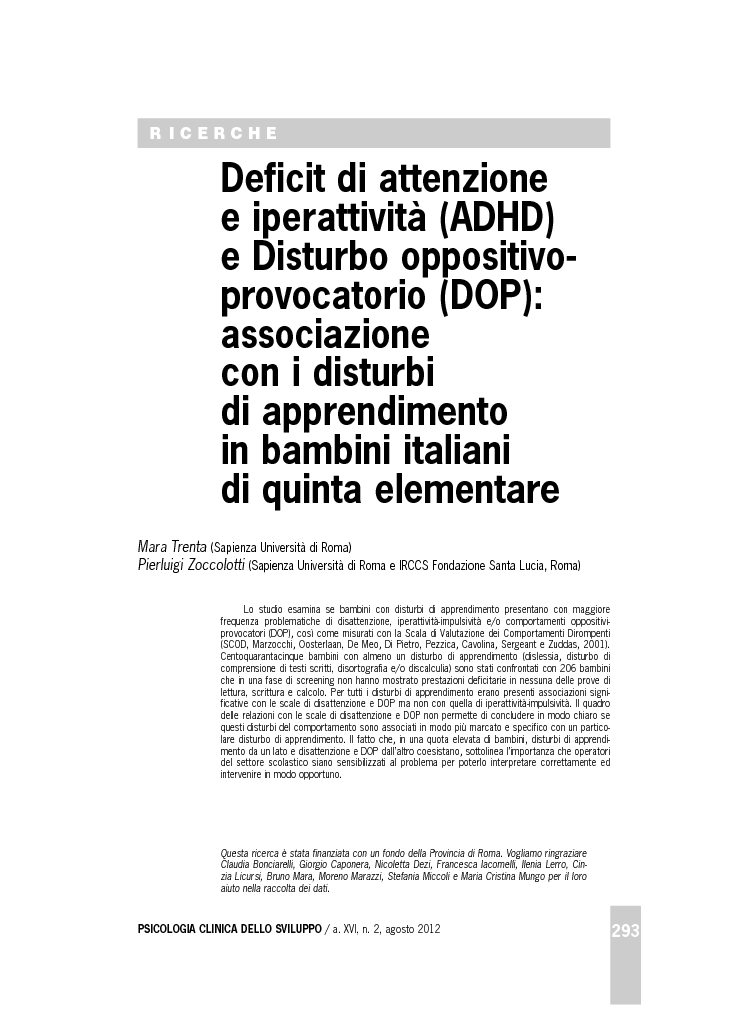