Bullying is widespread and complex; its causes are many and they need multifactorial explanatory models which take into account various interacting dimensions (individual, family, environment, school). The numerous researches on bullying have outlined the general characteristics and contexts as well as the consequences at the level of impaired development both regarding the bullies that victims. This paper aims to review the literature on a particular form of bullying, less studied, the so called homophobic bullying, in which aggression is directed toward homosexuals boys and girls and to all those who deviate from gender stereotypes, seen as a minority, so different and weaker from many points of view. 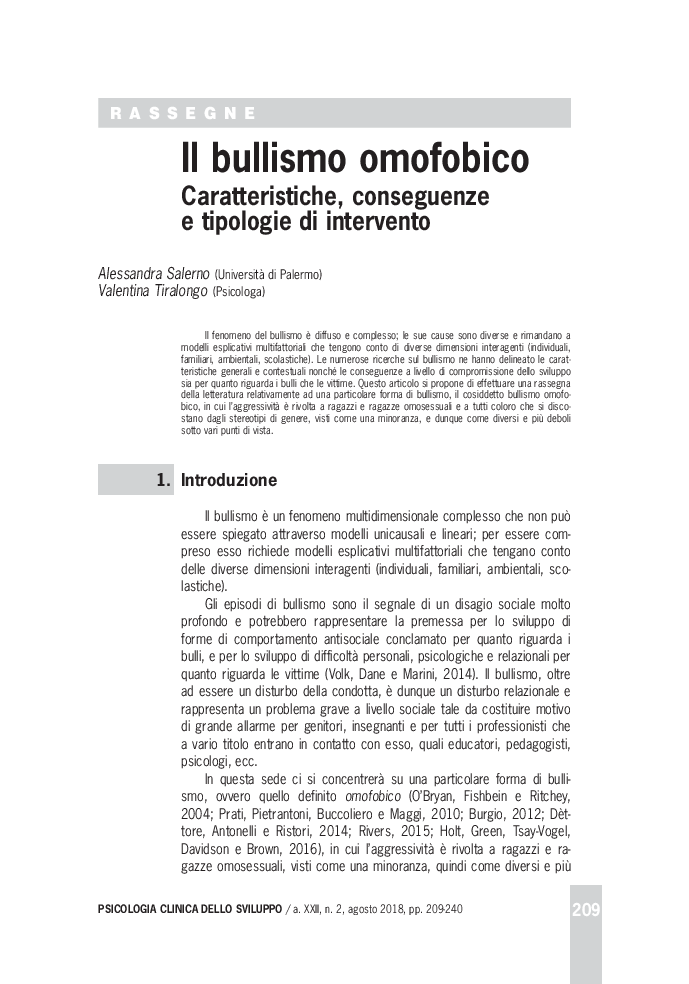