This article aims to analyse and present the strategies of celebrity construction by Felice Cavallotti. Moreover, it aims to reconstruct how his celebrity has mobilized public support for democratic campaigns. The article focuses, in particular, on two phases of the construction of celebrity by the radical leader. First, the youth period, which started and developed between 1868 and 1869 when Cavallotti became known as a militant artist. Second, the ensuing period, during the end of the 1870s, in which his political persona became increasingly popular. The research, focusing on these two periods, aims to show how the radical leader became the protagonist of a modern art of mass communication and in which ways his celebrity activism underpinned and facilitated democratic processes. 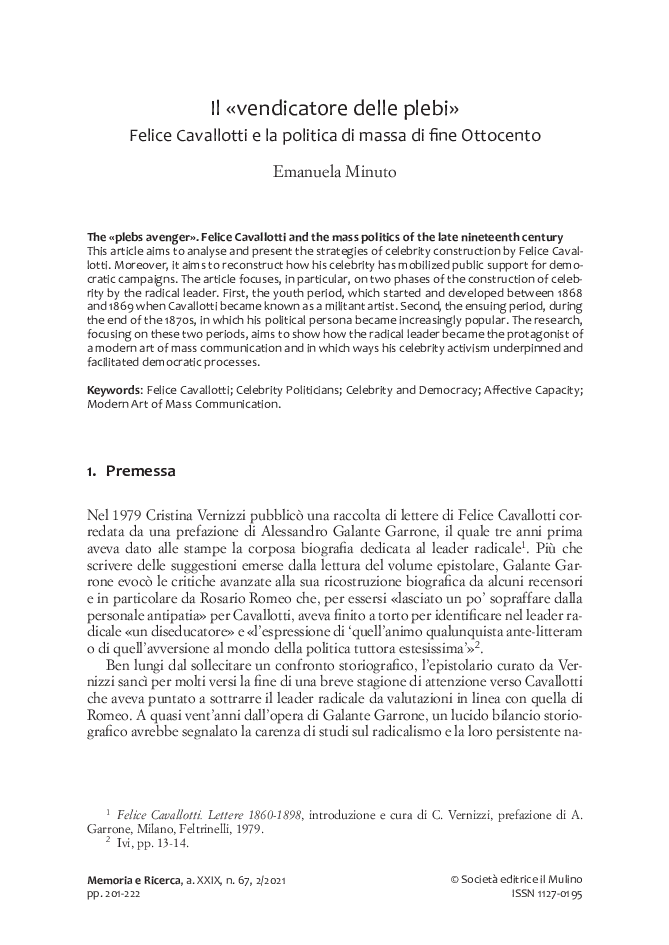