Immensely famous as a socialist leader, orator, university professor, criminologist and lawyer, Enrico Ferri was able to forge, with his charisma, an emotional relationship with the public. From 1903 he was director of the «Avanti!» and until 1908 a representative of the intransigent current within the party; he then became a reformist, and in 1921 adhered to fascism. According to biographies written by his admirers both during and after his life, he was an exceptional lecturer and propagandist, while addressing the parliament, the tribunals, working as a scientist and directing academic journals. At the same time, he was depicted as an ideal son, father and husband. This article, based on archival documents and contemporary writings by and about Ferri, investigates his popularity and the roots of his emotional relationship with the masses, showing how these survived in part despite his shifting political trajectory. 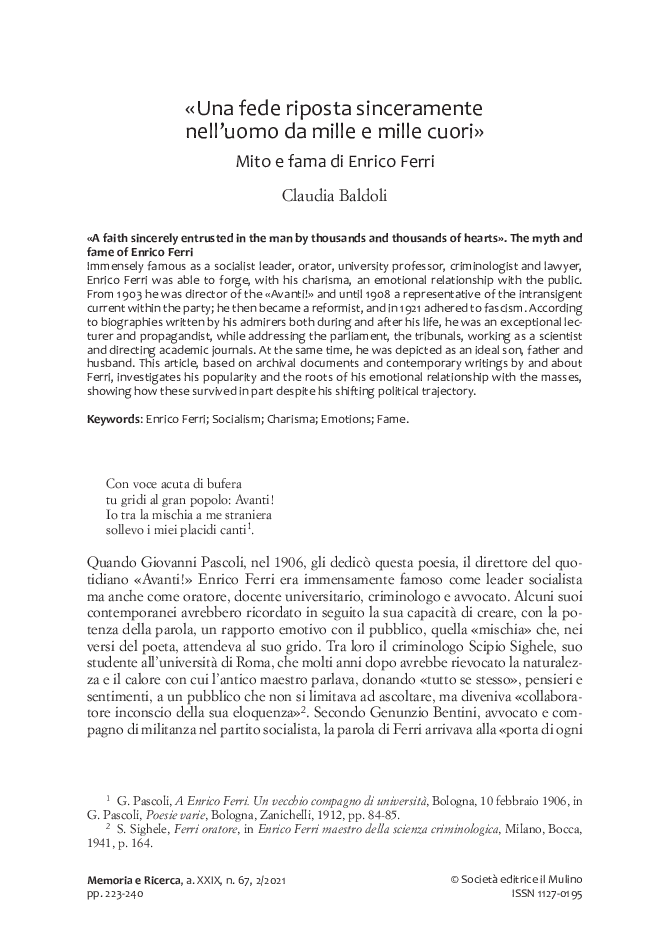