A new ideology, the so-called «Spiritual National Defense» (Geistige Landesverteidigung in German) gained ground in the Swiss Confederation during the 1930s. It would see a resurgence under a new guise in the aftermath of the Second World War. In the latter context, threats came to be identified, in political discourse as well as in the imaginary of Swiss public opinion, with a potential external enemy, the Soviet Union, and with its supporters inside the country: communists, pacifists and antimilitarists. The present study focuses on an illustrated periodical, «Der Nebelspalter», and on some figures at once both singular and emblematic, all of them satire aficionados: Géa Augsbourg, the writer Friedrich Dürrenmatt, the humorist Jack Rollan and a young Hans Ruedi Giger. 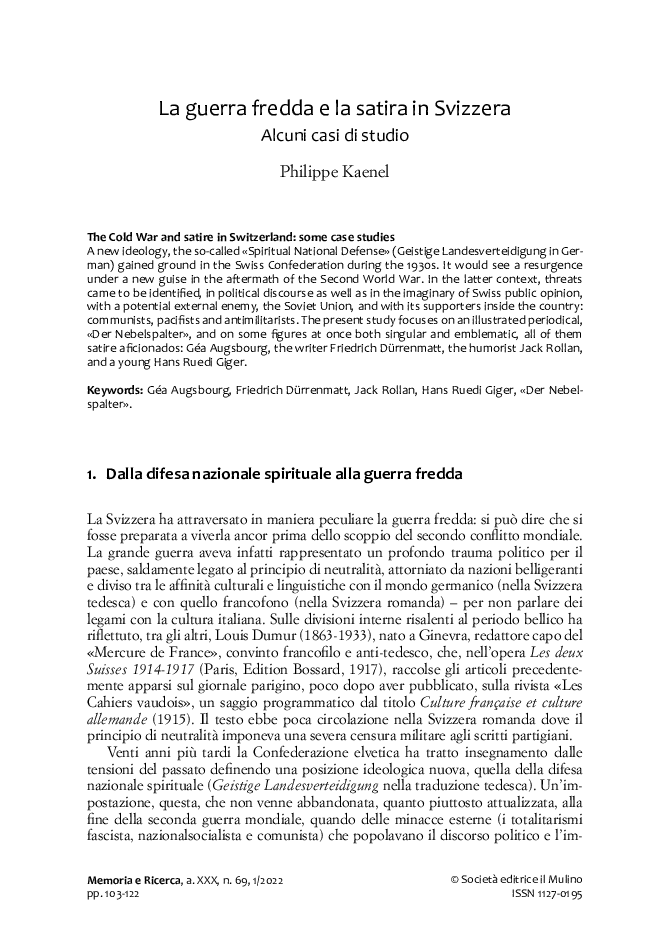