In the last decades of the nineteenth century, starting with Alexander III, there was a return of Moscow to the center of the political and cultural debate in the Tsarist empire. However, it was Lenin who brought the political center of Russia back to its former seat. The move of the capital to Moscow triggered a process of appropriation of the symbol and of its sacredness by the Bolsheviks. Decisive was the appropriation of the sacred space of the Kremlin. In the aftermath of October 1917, the burial of the «martyrs» of the Revolution was the first step in the process of making the Red Square sacred. The decision to embalm Lenin’s body and to build the mausoleum on the square was its fulfillment. The mausoleum took on the characteristics of a real «sanctuary». Stalin’s general plan for the reconstruction of Moscow of 1935 exalted the centripetal structure of the city converging on the Kremlin and on the Red Square. The Soviet power operated a resemantisation of the sacred in the city, and especially in its urban, political and ideological-symbolic heart 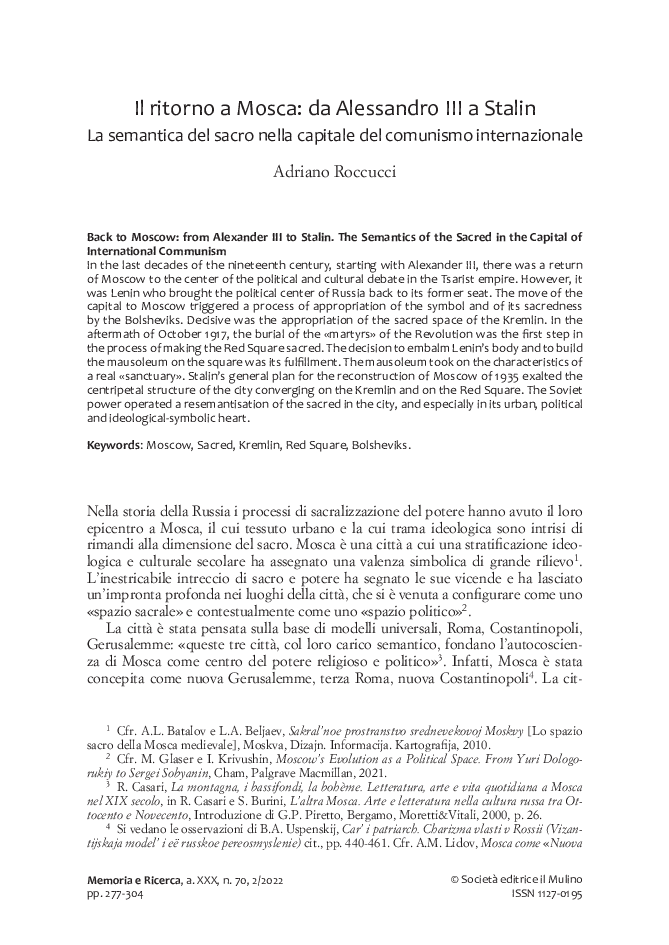