Italy has been up until recently a major player in the football world. Three aspects give us the measure of this cultural influence, which began after the first World War: the market of players and managers, the country's role in international competitions, and the consolidation of a national playing style that became recognised as such around the world. From the nineteen-twenties, Italian teams began to buy the best players and managers of their time, first in Central Europe and then in South America. In the following decades, they broadened their horizons to include the entire European continent, and even Great Britain. Italian teams, which were the richest, had a deep influence on international flows and contributed to giving them a structure; in this respect, the Series A championship was the strategic core of all migrations linked to football. Italy also played a key role in the creation of international football competitions - the International Cup and the Mitropa Cup in the twenties - before becoming an essential player in the World Cups and European tournaments. It was on this stage that the country was able to assert its prestige and develop a playing style of its own. Italian society was - and still is - particularly proud of the latter, which won the country one of the greatest track record of victories in the world. 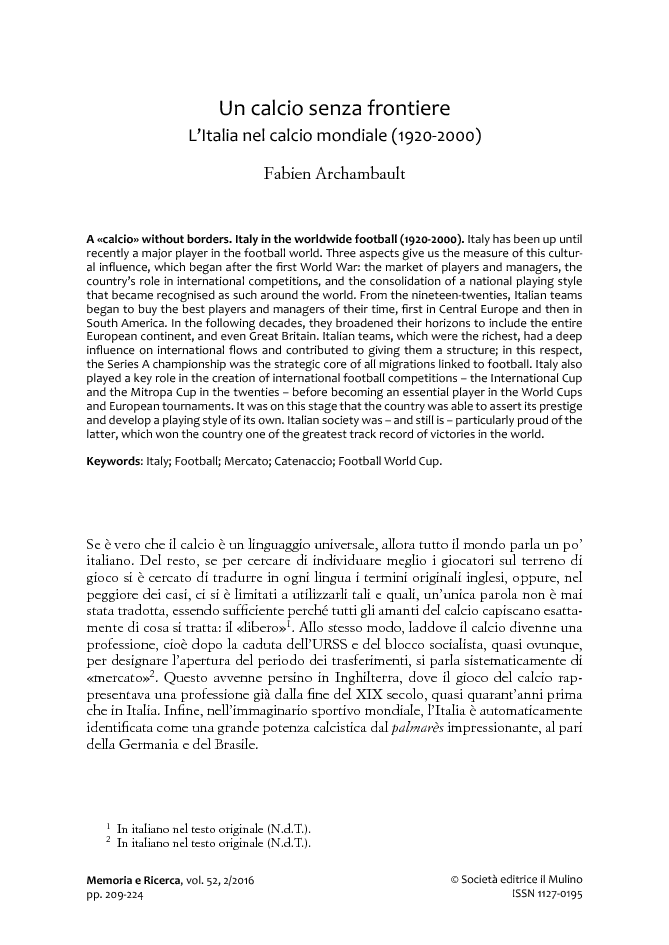