This article proposes a case study concerning the origin of a modern armament industry in Italy, during the Age of the Empire. In particular, the case study regards the relationships between an Italian subsidiary of an English large shipbuilding industry (Armstrong of Newcastle) and the Italian Navy during the first industrialization of Italy. Armstrong was a world leader in the production of large naval ordnances. The Armstrong of Pozzuoli was its first foreign subsidiary and it represented the beginning of its strategy for the internationalization of the production. The Italian establishment was very important for military supplies of the Italian Navy, given its semi-monopolist position in the local market of naval artilleries. The article analyzes and defines the main features of the Italian armaments market, using various types of records, such as administrative and business ones. This approach is the same used in the Anglo Saxon literature and it represents an innovative way for the study of business history. In effect, this research deals with the business activity of a company not only from an inside perspective (namely, the production and the market strategy) but also from an outside perspective (namely, its relations with industrial policy of the military administration). The history of military shipbuilding could be useful in order to define a framework for the study of many national power policies during the Age of the Empire. In effect, at that time, various military thinkers and many governments considered the naval power as essential for the national security as well as the control of trade routes. In addition, a modern military fleet represented a very important logistical factor for the military policy of a State. In particular, it made possible for the army to cover long-distances for its displacements more efficiently than in the past, as in the case of modern colonial wars. For this reason ironclads and cruisers could be very important for the imperialist purposes of a State. 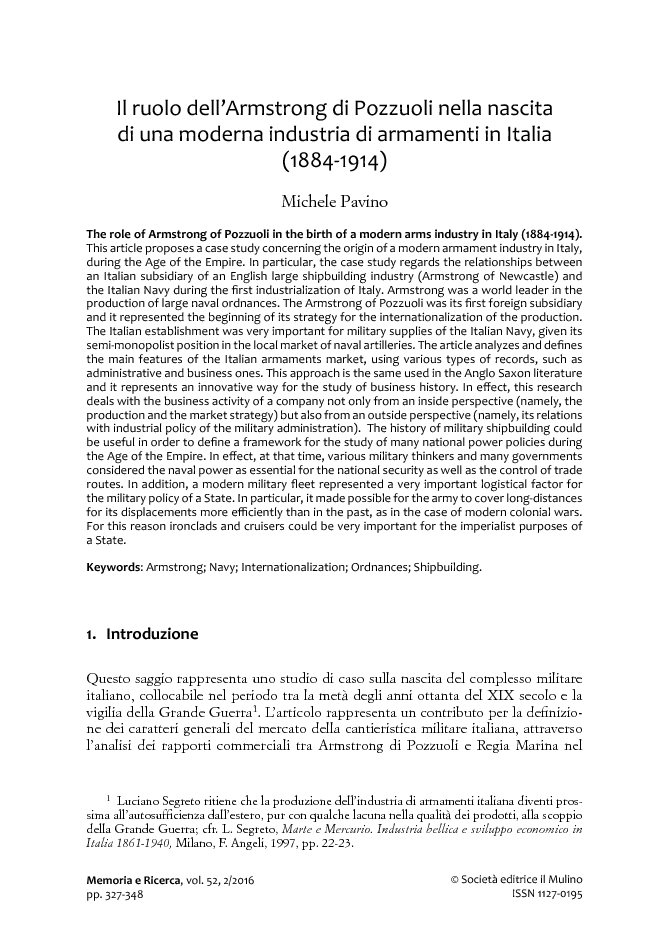