The paper focuses on the crisis of Italian electronic business in the Seventies and on the influence of multinational corporations in the country after World War II. Multinational corporations, through the acquisition of brands and factories, became key players in the Italian economic life. Moreover, their influence involved also strategic industrial branches and innovation programmes and had an ambiguous effect on the labour market. In the Seventies, several enterprises faced massive restructuring and division outsourcing, while trade unions tried to organize new kinds of struggles, promoting public investments on Research and Development and technology dissemination programmes, following the example of Germany, France and other Western countries. Through the analysis of some case studies, the paper shows the impact of multinational direct investments in the Italian electronic business and the limits of trade unions proposals on the field of innovation and economic planning. 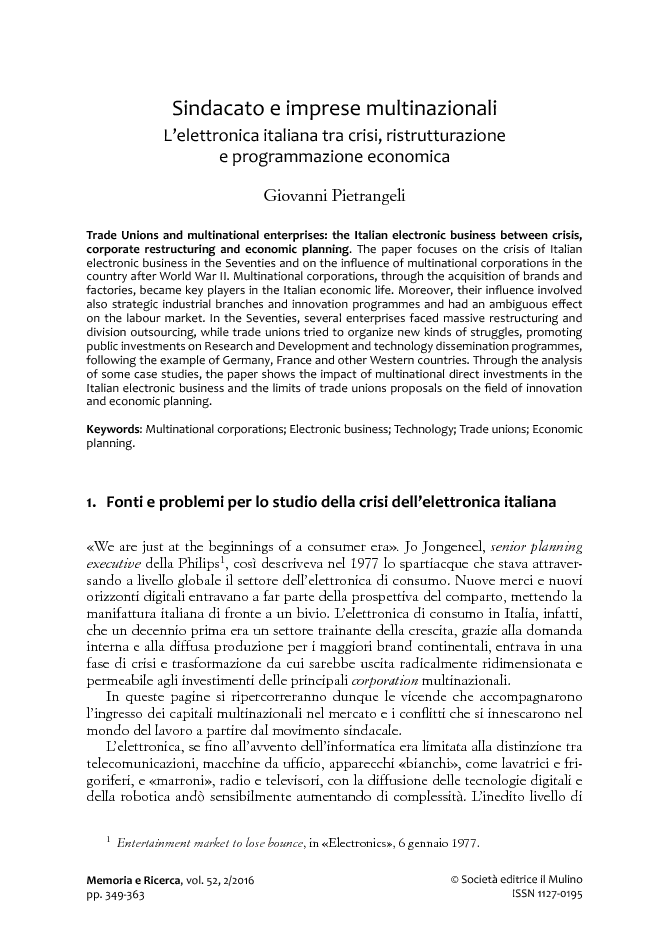