This article works out a historical periodization of the religious and socio-political phenomenon of Fatima since the Marian apparitions of 1917 to the present day, whose main landmarks are the conflict between the Catholic Church and the Portuguese First Republic (1910- 1926), the two World Wars, the Cold War, the Council of Vatican II and the pontificate of John Paul II. Attention is focused on the way the Catholic hierarchy and several popes welcomed, integrated and promoted worldwide this cult derived from popular religiosity, participating in the shaping and reinterpretation of the heavenly messages mediated by Sister Lucia, the main visionary of Fatima. Particular attention is devoted to the pontificates of Pius XII and John Paul II, since Fatima represented for both a major reference in their struggle against communism. 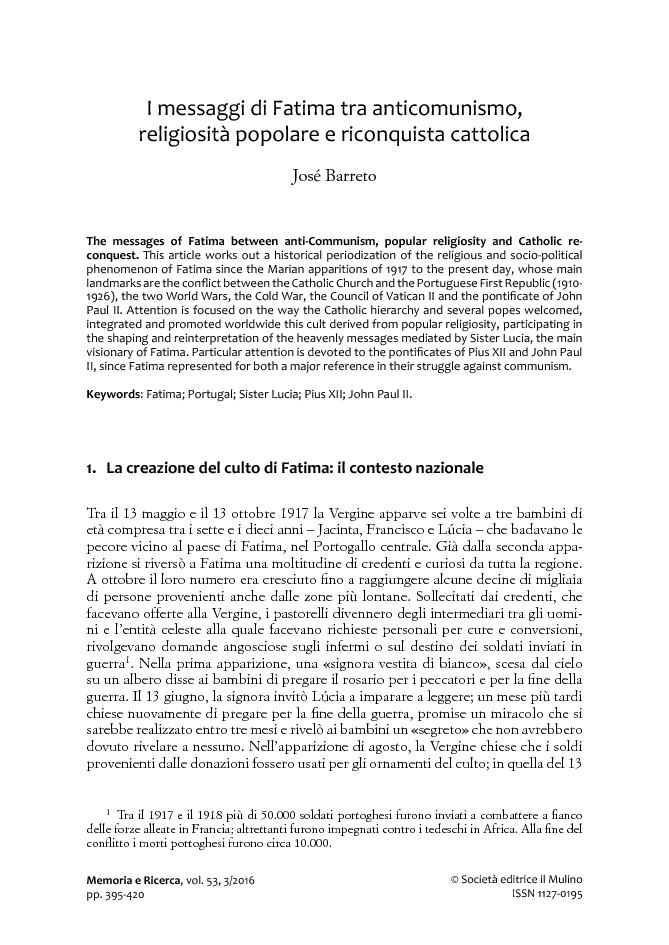