This article examines the diffusion of corporatist ideas in Great Britain during the 1930s. It is argued that corporatist cultures were spreading throughout the country especially after the great slump of 1929, proposing a new form of organised interest representation. Three cultural and political typologies of corporatist plans are taken into consideration. First of all, British social Catholicism and the ideas of Chesterton, Belloc and Jerrold; secondly, the figure of Oswald Mosley, founder of the New Party in 1931 and the British Union of Fascists in 1932; lastly, the proposals for self-governing industries promoted by two conservative- oriented study groups in the 1930s, namely the PEP and the IRL. Assuming a global historiographical perspective on the problem, the article claims that corporatism was a cross-national and cross-political instrument - used also by non-fascist political subjects - aimed at building a new order based on a different form of representative system. 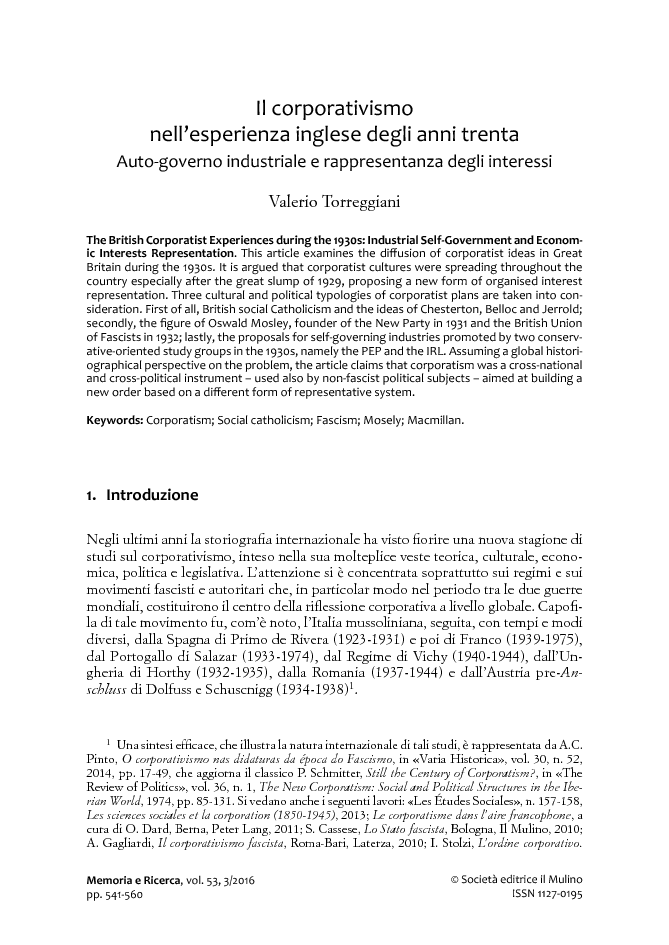