Marked by a sense of rupture and discontinuity, the post-war generation of Turkey yearned for a sense of belonging and legacy. Atatürk, whose name literally means 'Father of the Turks', gave them all and more. Turks became the heirs of a future that was difficult to foresee but was painted for them in the most vivid colours. Women were Atatürk's passion and the true force majeure of his reforms. They became the poster children for his reforms at home and gave him cult status abroad. After a failed marriage to Latife Hanoum, the adoption and education of young girls became Atatürk's obsession. It is through the memoirs, letter and interviews of Afet İnan, Sabiha Gökçen and Ülkü Adatepe, that we get the most intimate glimpse into the private quarters of Kemal Mustafa Atatürk. Theirs were lives purposely lived out in front of the eyes of a nation which struggled and dreamt of a better future, much as they did. At the roots of their - and the nation's - memory lay rupture. At once rejecting their own familial past and choosing orphanhood, their political birth coincided with Atatürk's appearance in their lives - much like the rest of Turkey. My essay takes us onto a time travel into the flamboyant houses of Turkey's founder and first president, Kemal Mustafa Atatürk and challenges us to rethink our notion of Turkey as a nation caught between East and West, when it actually was, and remains to be, a country looking for its past in an uncertain future. 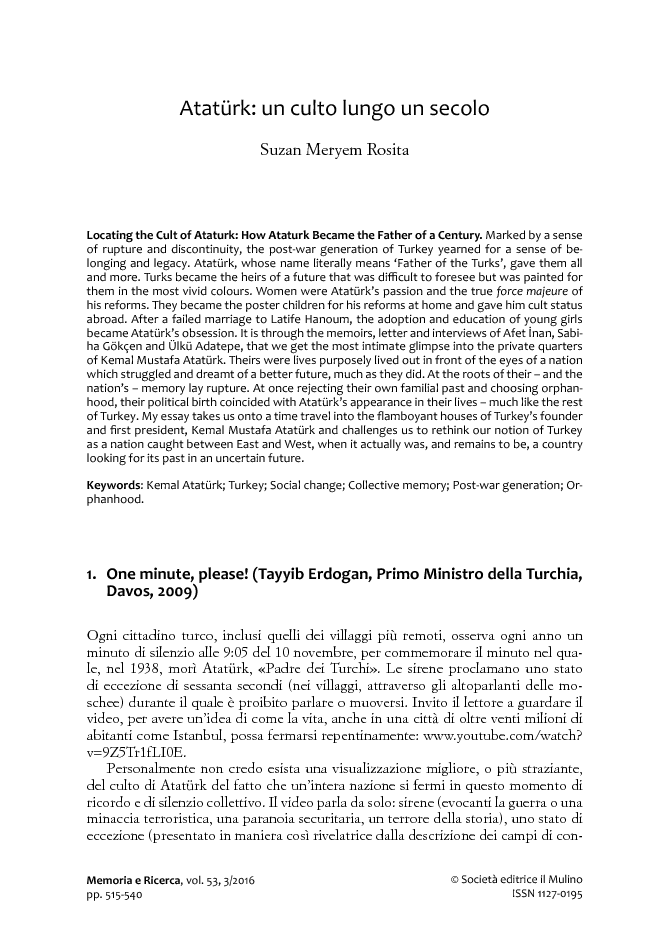