Until now, bridges have been studied almost exclusively in relation to their architectural and engineering aspects, while they have received little attention from historiography. This text shows instead that bridges have a significant historical relevance, developing some methodological considerations on the multidisciplinary character of this kind of researches. Bridges have several meanings, crossing different aspects such as technique, symbols, titrations, urban functions, creation of contacts between different shores. The architectural aspects, the urban location, the technological challenge contained in many bridges force the historian to challenge himself with unusual readings. Behind the construction of a bridge, however, there is often the ambition of representing a community, a nation, a political culture, an intention to trace an identity that remains during the time as a constituent element of collective memory. To decrypt these languages the heuristic tools recently developed by the new social and cultural history of politics seems necessary. 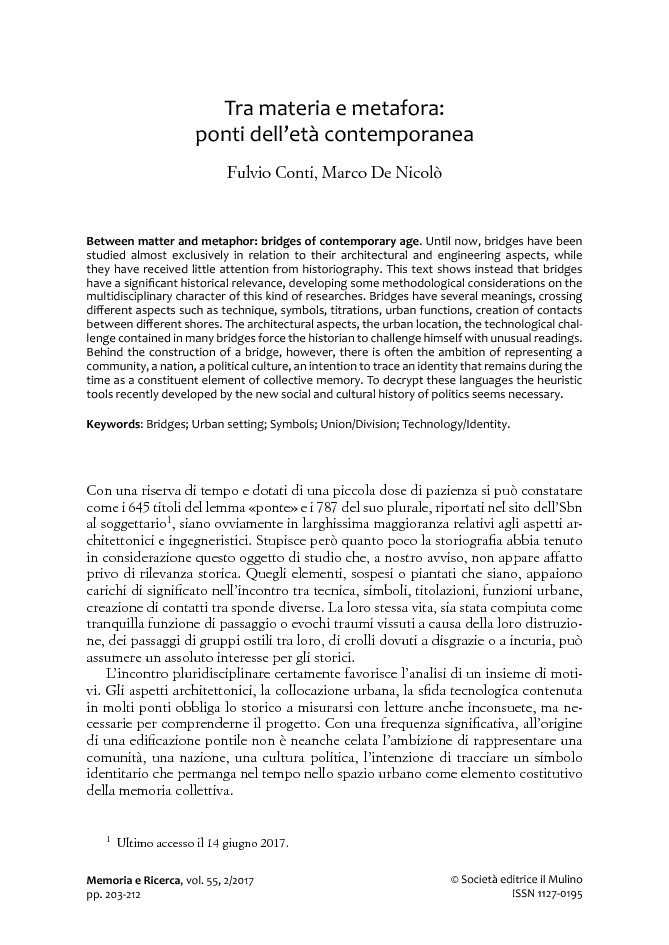