While the British war myth has been commemorated, indeed celebrated, with multiple events in Britain and beyond for the centenary of 1914-1918, Russia's October Revolution in 1917, although its mythicization processes began at roughly the same time, is not enjoying the same degree of affirmation on its centenary. The Bolshevik regime engaged in multiply accretive methods of mythicization throughout the 1920s, designed to anchor October as a mythic event at the level of personal experience in the new Soviet Russia. It ultimately failed in these endeavors. They were undercut by deep frictions within the Bolshevik Party about the very meaning of the October Revolution, by the focus on the Great Turn into the 1930s, and by the focus during and after the Great Patriotic War on Great Russian nationalism rather than the internationalism that had underpinned the October myth. Gorbachev's short-lived efforts to reanimate the October myth during perestroika and glasnost' have now given way under Putin to the commodification of October largely for the tourist trade. The Hammer and Sickle flag clearly no longer animates the populace of Russia as the red poppy does the populace of Britain. 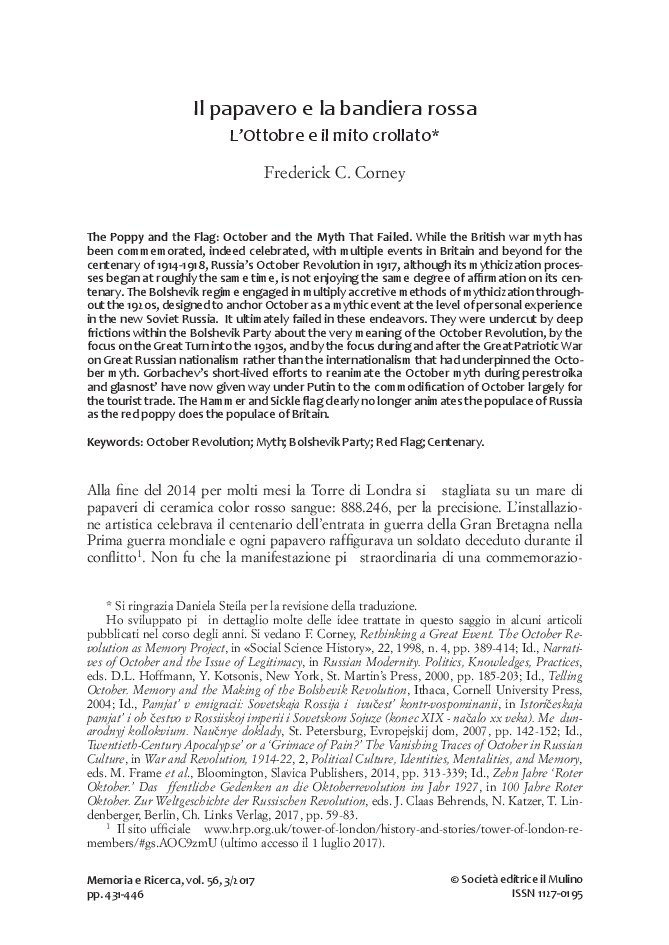